'The nurses stood around her laughing': It's time to raise the alarm on obstetric violence 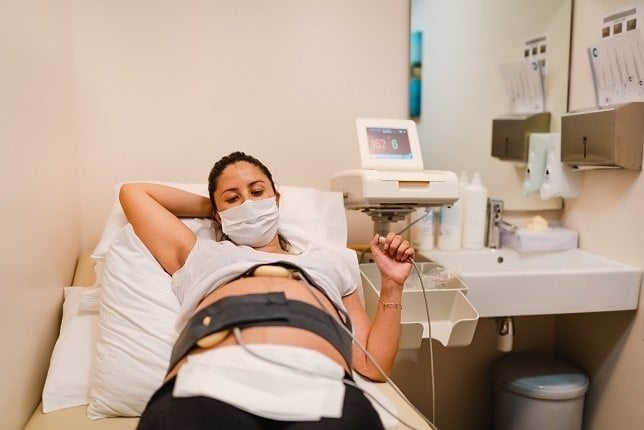 At 23, *Nthateng discovered that she was pregnant. She went into labour at 02:00, and her partner called an ambulance, which came four hours later.

When she finally made it to the hospital, she was refused pain medication despite her frequent and desperate requests.

Instead, she was told to stop being dramatic and return to her bed. She did so and laboured alone and terrified.

Eventually, her water broke, and she could feel her baby's head with her hand. Feeling the sudden urge to push, she got off the bed, stood up, legs apart, and screamed so loud a nurse came running and rushed her to the delivery room.

Still, in incredible pain, she felt someone – she is unsure who, as no one asked her or explained anything – cut between her vagina and anus (a procedure known as an episiotomy) before finally delivering her baby.

Afterwards, in the maternity ward, no one came to show her how to breastfeed or care for her newborn; but every time her baby would cry, she would be shouted at to keep her baby quiet and instructed to feed him.

She remembers how another mom in the ward had a psychotic episode, and the nurses stood around her laughing.

Now back home and caring for her newborn, Nthateng struggled to come to terms with what she experienced. She was in constant pain from the episiotomy and exhausted but struggled to sleep as her dreams were filled with memories of her time at the hospital.

She tried to ease into motherhood, to enjoy her baby but felt stuck in the horrible moments leading up to the birth. She laid a complaint with the hospital and is yet to hear back from them.

Nthateng's story is not unique. This is the reality many pregnant mothers face every day in South Africa.

Read: 'It's normal': This study finds having less sex postpartum is a sign of a great relationship

In 2019, the Commission for Gender Equity submitted a report to the United Nations Special Rapporteur. The report raises the alarm about an often-ignored form of gender-based violence: obstetric violence.

In it, the authors write that "research and investigations conducted over the last two decades in South Africa have shown that women and girls seeking reproductive healthcare services in the public health system often face physical and psychological violence and mistreatment".

These acts of abuse and mistreatment include psychological abuse in the form of neglect (e.g. when pregnant or labouring women are turned away from facilities, denied care and pain management, or are left soiled from childbirth); verbal assault; and discrimination and stigma based on age, gender, sexual orientation, race, class or HIV status.

Physical forms include assault (e.g. slapping, dragging, applying pressure to the abdomen during labour, isolating women in active labour as a form of punishment).

When performed without informed consent or knowledge, invasive medical procedures (such as vaginal and cervical examinations, C-sections, episiotomies and hysterectomies) are also considered obstetric violence.

Access to reproductive healthcare is fundamental to women's autonomy over their bodies and lives. It is a means for women to control their reproductive destiny and maintain their health. If they are mothers, it is where they will receive the physical and psychological care that will assist them in their first steps towards the responsibility that is motherhood.

A woman seeking reproductive healthcare is vulnerable in those moments, and her experiences have far-reaching effects on her health and the health of her child(ren).

As such, any violence against women committed while accessing reproductive healthcare should be considered a severe violation of women's human rights.

Our sense of the violence women experience in our healthcare system is not new. Academic literature on obstetric violence in South Africa dates back to a 1997 Medical Research Council (MRC) study of maternal health services in and around Cape Town.

The study investigated nursing practices at healthcare facilities at the primary, secondary and tertiary levels. At all three tiers of the maternal healthcare system provided by the state, women reported being subjected to humiliation, neglect and physical and verbal abuse.

Must read: Courageous 20-year journey ends with the birth of baby Esther

Researcher Rachelle Chadwick's 2016 guest editorial in the South African Medical Journey warns us against the lack of accountability for medical professionals and institutions in South Africa.

She writes, "calls for legal action and the criminalisation of abusive practices by healthcare professionals are now gaining ground in the SA context."

"While it is true that the roots of abusive treatment are complex, including health system inadequacies, and insufficient emphasis on an ethics of care in midwifery training, poor working conditions, healthcare professional overload and historical legacies of inequalities."

"There is also no excuse for failure to hold individuals and institutions accountable for practices that dehumanise, degrade and cause harm to women and girls in some of their most vulnerable moments (i.e. labour and childbirth)".

Although there is a lack of reliable quantitative data related to the prevalence of obstetric violence, there is enough qualitative data to conclude that violence experienced by birthing persons is a national crisis and should be on the national agenda.

According to the auditor-general's 2019-2020 report, the National Department of Health (NDoH) faced litigation claims totalling R147. 12 billion. NDoH pays billions in medical negligence lawsuits at public hospitals, many of which are related to maternal and neonatal injuries and deaths.

Medico-legal claims against the state are rising and affect service provision and planned improvements. The seemingly widespread nature of obstetric violence strongly suggests that it is not simply about an individual victim and individual perpetrator. It points to a problem rooted in systemic failures.

The public healthcare sector serves 80% of the country's population. It is no surprise that the country's healthcare system is overburdened, and facilities often lack the adequate equipment, medical supplies and staff to provide quality care to pregnant women.

Furthermore, there are disparities in facilities' spatial distribution and the availability of skilled birth attendants. Healthcare workers are often under-supported and overworked, leading to high levels of burnout.

The Covid-19 pandemic has complicated this high-pressure situation, where healthcare workers are now working more prolonged, more demanding hours, often without adequate personal protective equipment, all the while facing unfavourable working conditions. Private healthcare is not exempt from problems.

In 2020, the Council for Medical Schemes (CMS) released a report that argued that the high rate of malpractice litigation (a reported 98% of all legal claims in obstetrics are related to vaginal births) in private healthcare might be behind the climbing rates of medically unnecessary C-sections.

The CMS estimates that up to 77% of C-sections are medically unnecessary and therefore needlessly expose women to the possible complications of major surgery. Nthateng's experience is a symptom of a more extensive set of problems that demand system-wide attention and solutions.

There is a need for stronger accountability mechanisms and transparency. Many women who try to get justice for the wrongs they have suffered at the hands of the healthcare system are met with denial, dismissiveness, and a general unwillingness to engage.

As we shine the spotlight on gender-based violence during 16 days of activism, we would be remiss not to acknowledge obstetric violence's gendered, sexist, racialised and systemic characteristics.

Given the devastating effects of obstetric violence on women's lives, it is time we paid close attention and demanded better for women across South Africa.

Embrace is a social movement for mothers that values and celebrates motherhood and mothers and the critical role they play socially, economically and politically in South Africa. We advocate for the priorities of early motherhood and are committed to raising awareness about the scourge of obstetric violence.

*not her real name

We live in a world where facts and fiction get blurred
In times of uncertainty you need journalism you can trust. For only R75 per month, you have access to a world of in-depth analyses, investigative journalism, top opinions and a range of features. Journalism strengthens democracy. Invest in the future today.
Subscribe to News24
Next on Parent24
'Spreading the beauty of birth': 2021 Birth Photography Image Competition winners announced