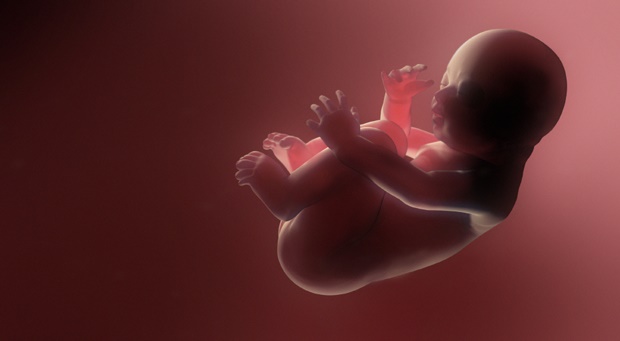 At certain times in her development, your baby becomes extremely vulnerable to her environment and it is during these times that congenital abnormalities may appear. This is when you need to be most careful.

At conception sperm and egg combine to make the “mother” of all cells, the zygote. During the first 2 months of pregnancy the developing human is called an embryo and this period is known as the embryonic period.

At the end of this period all the major structures are present. The sensitive period in the development of structures occurs before the stage of their visible development. Development of the embryo is most easily disturbed during the organogenetic period, especially from day 13 to day 60, but each organ has a critical period during which it is most sensitive.

Although the embryo is well protected in the uterus, certain agents, called teratogens may cause congenital malformations when structures are developing. A teratogen is any agent that causes a structural abnormality following foetal exposure during pregnancy.

The most vital development stage

What concerns many women is that their baby’s most vital development takes place during a time when they may not even know they are pregnant. For this reason it is recommended that you prepare your body for pregnancy even before you try to conceive, so that when you do fall pregnant your body and lifestyle are as healthy possible.

Some things you should be careful of

The first 12 weeks of pregnancy

During the first 12 weeks of pregnancy, the embryo is extremely vulnerable to radiation, viruses and certain drugs. Radiation tends to produce abnormalities of the central nervous system and eyes, as well as causing mental retardation. The rubella virus causes cataracts, deafness and cardiac malformations.

Development of the central nervous system

Between the fifth and seventh week is the most highly sensitive time for the central nervous system, which will continue to develop until the baby is 18 months old. It is during this time when the neural tube zips itself closed that folic acid (one of the B vitamins) can help prevent spina bifida – a birth defect that results in the incomplete closure of the spinal cord.

Development of the cardiovascular system

The cardiovascular system is the first system to function in the embryo. The highly sensitive period in the development of the heart is between the fifth and eighth week. Androgenic agents given to the mother in the first trimester, when the sex organs are forming, may cause male-like sexual organs in a female embryo.

The foetal period begins at about 8 weeks after fertilisation and ends at birth. Changes occurring in the foetal period are not as dramatic as those in the embryonic period, but they are very important.

The foetus is less vulnerable to teratogens, but as many substances are able to cross the placental blood-barrier it is important to check with your doctor or midwife before taking any medication.

Nature has created the perfect home for your developing baby and you need not worry unduly about every little thing, but both before and during pregnancy make sure you think and act carefully with regard to the products you use, the foods you eat and the things you do.

We live in a world where facts and fiction get blurred
In times of uncertainty you need journalism you can trust. For 14 free days, you can have access to a world of in-depth analyses, investigative journalism, top opinions and a range of features. Journalism strengthens democracy. Invest in the future today. Thereafter you will be billed R75 per month. You can cancel anytime and if you cancel within 14 days you won't be billed.
Subscribe to News24
Related Links
What happens before there's an embryo
Doing yoga while you're pregnant
Next on Parent24
How doctors test for Down Syndrome