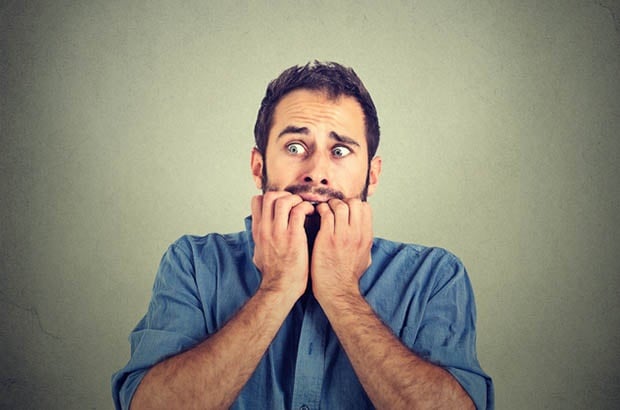 Pregnancy can be a magical time.

But in reality, things aren't all that rosy. Especially when those cravings kick in and you feel as though you have to start sneezing near a bathroom, just in case you wet your panties a little. But after all the pregnancy books and hour-long chats with our girlfriends, we're pretty much prepared for the worst.

You know who isn't though? Our partners.

But after a recent article explaining that pregnancy really isn't for sissies, we asked all our future partners and dads if they are or were at all prepared for that first-time pregnancy. We were pleasantly surprised by the responses we got so we thought we'd share a few with you. Some are light and sweet, while others are straight up hilarious, mostly because they're totally relatable. But we'll let you decide for yourself.

Were you at all prepared for that first pregnancy?

We received one response in particular from a soon-to-be dad that detailed his partner's pregnancy and his experiences in the funniest way. Complete with tales of flatulence and "snuggle time", Nashid Cassiem explains:

He begins with flatulence, "Flatulence: I announce loud and proud that someone “let it go”. She farts in her sleep, on the couch, in the car... anywhere. And when I ask if that’s her gas I’m smelling then she’s actually unsure if it was her or not. But she’s adopted a certain smell, and I know it! Before this pregnancy I wasn’t even aware she could do that!"

He continues, "We bought incense on our Baby Moon - lifesaver!"

He explains that their sleeping patterns have also changed saying, "Baby hasn’t yet arrived, and already I’m woken by late night tv, 3am snack times and multiple twists and turns."

He hilariously paints a picture saying, "Picture: Table Mountain. Then suddenly it leans left. 30min later: a full swing to the right. It’s like watching a ship reverse park in slow motion. With hectic consequences should you dare intervene."

But he seems to have somewhat found a solution to the problem: "I got her a maternity cushion at about 16weeks. Great for her, bad for me. That cushion has become like the Berlin Wall on our Queen-sized bed. East and West Germany. Yours. Mine. I don’t see her any longer. I have to lean over and check if she’s okay in the morning when we wake up and I’m like, 'Hey babe. You sleep well? Didn’t see you much. Just your tummy."

And as for snuggle time?

But their sleeping patterns isn't the only thing that's changed.

He continues, "Sneakers. I love ‘em. So I buy them. But not anymore. I’m told I have to realize that my spending habits have to change. So instead, I buy them for baby. That didn’t fly. So, I bought a pair for Mom - which worked... until we realized her foot is too swollen to fit. Which then introduced a whole bunch of “you’re beautiful” comments."

He explained that going to a prenatal class, however, helped quite a bit. He now knows about "meconium poop, colostrum (“golden” milk), open and closed system breast pumps, a doula and slow vs. fast flow bottle teets".

Well, from where we're standing this dad-to-be seems thoroughly prepared and what he wasn't prepared for he seems to have hilariously taken in his stride. So he ends off with a positive, one we suspect both mom and dad must absolutely be loving.

So after his bold statement that this is "your role as a dad from now until forever", he continues, "But eating time is the best time! We eat yummy food, messy food, healthy food, any food," complete with a very fitting in-love face.

Were you at all prepared for that first pregnancy? Tell us by commenting below.

We live in a world where facts and fiction get blurred
In times of uncertainty you need journalism you can trust. For 14 free days, you can have access to a world of in-depth analyses, investigative journalism, top opinions and a range of features. Journalism strengthens democracy. Invest in the future today. Thereafter you will be billed R75 per month. You can cancel anytime and if you cancel within 14 days you won't be billed.
Subscribe to News24
Related Links
“My husband beat me while I was pregnant — Here’s how I survived”
Look who's pregnant! Celeb baby news
How sleep and alcohol affects your chances of conception
Next on Parent24
“My uterine fibroids almost killed me — now I have a miracle baby”

Read more on:
getting ready