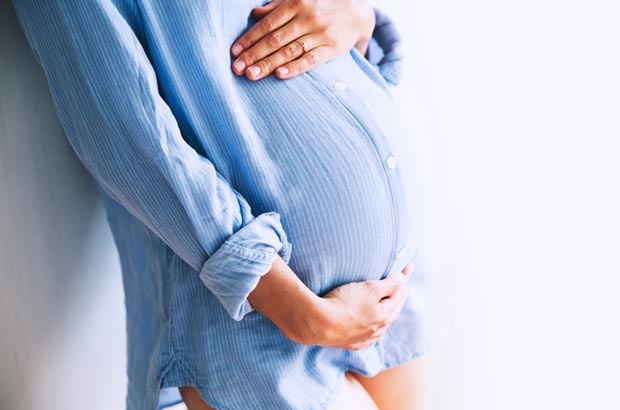 As a child, I was sexually abused by my dad. And like a lot of girls who are abused, I married young – I was 22.

We had dated for a year or so. This man was so lovely! Flowers, romantic dinners, the whole deal. For a girl escaping sexual abuse, he seemed like a hero; and like most girls who have been abused, I jumped into relationships quickly, eager to experience security. The fantasy was short-lived.

The night of our wedding, in our honeymoon suite, he beat me up for the first time. It started with an argument about my behaviour at the reception – he accused me of flirting with other guests – and there was pushing and shoving. I tried to calm him down and reason with him, until at one point I was on the floor next to the bed and he was jumping on top of me, punching me with a closed fist.

I managed to get away and lock myself in the bathroom. He left. When he came back, we never talked about it. We acted like nothing happened and just continued our trip, driving up the coast. And then it happened again, two nights later, in a different honeymoon suite. What started as an incident I don’t even remember – perhaps I was too friendly to a waiter – ended in a beating.

Read more: How to tell if that guy you’ve been seeing might be a psychopath

People hear about this and they’re shocked. Their first question is, ‘how’, the next is ‘why’? Honestly, it was like a switch flipped. He completely turned on me. After the fact, you try to piece it together – try to figure out “how” and “why” this happened, in a natural effort to make sense of it, in an effort to prevent it from happening again. In my case, I decided jealousy played a primary role; he was jealous of how I behaved with other male guests. I told myself I had done something to make this happen.

I rationalised that there were also economic pressures – we had a huge wedding and spent a lot of money. Both incidents involved alcohol. I knew his parents were alcoholics, and I just figured that he had issues stemming from his childhood – issues that could be fixed. I did love this man, and we were newly married. I thought that maybe I was the person who could help him be the man I believed he could be.

But I also remember thinking quite clearly, What the hell did I get myself into?

He wanted a lot of children, but I had been told that, because I have a form of leukaemia, I wouldn’t be able to have children. He liked to remind me that he took a big risk marrying me, because he wanted a houseful of children I couldn’t give him. So when I actually became pregnant, it felt like the miracle we both needed. I remember thinking maybe now the beatings would stop. But they didn’t.

The first time he beat me while pregnant, he seemed to specifically go for the stomach. He kicked me over and over in the abdomen. I went to the doctor the next day, made up a story about how I’d fallen and I was worried about the baby. They checked me with a sonogram and assured me everything looked fine, but even then I couldn’t believe them. For months, I thought the beating had been so bad, something had to be wrong with the baby.

Read more: What you need to know about ‘stealthing’ – the new sexual assault trend

That wasn’t the last beating, either. After the first time, my husband did seem to make a concerted effort to avoid the stomach area, but I was choked and kicked and punched with closed fists.

I was beaten the first week after I brought the baby home – my husband kicked in the door I’d locked to try and keep him out. After these incidents, he’d leave and return much calmer, but he never apologised. We’d both always characterise these beatings as “fights” or arguments that all married people experience.

It’s hard to look back and see how hard you worked to rationalise this behaviour, when you know at heart how messed up it is. Part of you outright denies the danger, because what kind of a woman would put up with this, let alone a mother with children and more babies on the way? There is love there. This is the father of your child. You did create a child together. In your flowery mind, you want that perfect family, that perfect world. With all the hormones, and with so much at stake, you need to make it work to the extent that you just deny what is really happening. We’d fight, then have make-up sex, like all married couples. The mind is so powerful in its ability to normalise this kind of thing. Add to that the shock and trauma of being beaten, and you see how you can brainwash yourself into thinking things aren’t so bad.

Finally, his mother saw my bruises and asked about it. I told her what was going on, and she confronted him. He was watched more closely after that and I felt like I had a support system I could rely on. With the rest of the children – we had six altogether – pregnancy seemed to keep him at bay. It made me feel I had some control over him. I also felt that I was making him happy by giving him so many children.

But the beatings continued between the pregnancies and even got worse. They became less “out-of-the-blue” in nature and more planned and methodic. I’d return home with the kids and he would immediately disable the garage-door opener, so we couldn’t leave with the car. The phone would be ripped out of the wall; the television unplugged. He’d be drinking. He’d take my keys and my purse. “Go to your rooms,” that was my safety plan with my kids. Every door in our home had been kicked in more than once. I woke up once being beaten by him with a baseball bat.

The sad thing is, by staying with my husband for so long for the sake of the children, I did a lot of damage. My oldest son grew up taking blows as a result of trying to protect me and my youngest son suffered from night terrors for years. My daughter, as a teenager, was being abused by her own boyfriend, and when I asked her about it she reminded me, “Mom, I learned this from you.”

That particular moment was a turning point. I had planned my own suicide, suffered from trauma and depression for years, and existed in survival mode. I was convinced that by staying and surviving, I was at least able to protect my children from him. But those words from my daughter hit hard.

If I hadn’t left him when I did, I know he would have killed me.

Now I work as an advocacy specialist and most of my work is in teen outreach, dealing with teen dating violence. I’ve spent four years working at a women’s shelter. I know that my experience makes me invaluable in helping others who are being abused. They believe no one can possibly understand what they are thinking and feeling; I make it clear that I can.

Looking back, I see all the warning signs, all the red flags I refused to acknowledge early in our relationship. I also see why I chose to stay and why I shouldn’t have. But I realise that these women don’t have my hindsight and they need all the support they can get – until they get to the place they need to be to see things for what they are. Before it’s too late.

If you or someone you know is the victim of domestic abuse, you can contact People Opposing Women Abuse (POWA).

These are 9 signs you could be in an abusive relationship. Plus: Here’s why you need to get self-defence lessons asap.

This article originally appeared on www.womenshealthmag.com.

We live in a world where facts and fiction get blurred
In times of uncertainty you need journalism you can trust. For 14 free days, you can have access to a world of in-depth analyses, investigative journalism, top opinions and a range of features. Journalism strengthens democracy. Invest in the future today. Thereafter you will be billed R75 per month. You can cancel anytime and if you cancel within 14 days you won't be billed.
Subscribe to News24
Related Links
Will you raise your sons to become like Harvey Weinstein? Watch Big Bang Theory's Mayim Bialik...
Spotlight on rape of girls
The terrifying prevalence of child sexual abuse is costing the country by the billion
Next on Parent24
Customised diets during pregnancy? A look at nutrigenomic testing