Who told you about sex? 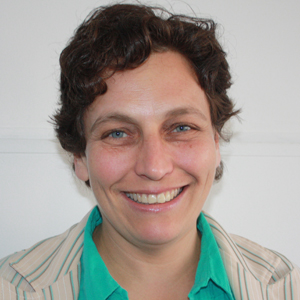 I remember when my mother first told me the mechanics of sex: ‘The man puts his penis...’ She made a deliberate effort to be frank, open and matter-of-fact. I never had any doubts that I could ask her anything, and so never got caught up in the ‘yoghurt makes you pregnant’-type myths of the playground. By the time I got to late primary school and the official ‘talks’ about sex started, I was confident in deciding fact from fiction.

My first menstruation was seen as a happy event, something to quietly celebrate as a sign of my growth into womanhood.

It was a different style of parenting to her own childhood, when the taboos of the day resulted in some strange misinformation about sexuality and even bodily functions. She was told, for example, that menstruation was a woman’s body cleansing itself of dirt.

I can’t blame my grandmother, though. Despite coming from a family of 10 children, she was brought up to be very closeted about sex.

I remember an incident when my older sister and I were innocently trying to copy gymnastic moves we’d seen at the circus. My grandmother rushed in, shouting at us for being dirty. I only realised many years later why our entwined limbs had made her feel uncomfortable, even though her interpretation of the matter was way off the mark.

Most people, like me, learn the facts about sex from their mothers – or double check them after hearing a garbled version on the jungle gym. As parents we have a tremendous responsibility to ease our children into a comfortable ease with their sexuality. That doesn’t mean that no moral framework can or should be part of the discussion. If you believe that sex before marriage is wrong, that would be one of the things you say.

Honesty about sex is not necessarily the partner of immorality. As any day’s headlines will tell you, many immoral things go on behind the closed doors of institutions where talking frankly about sex would be frowned on.

I’m with my mom on this: let’s shine a light into the dark corners, be open, honest and age-appropriate. But let’s not hide behind storks and other legends.

When did you first learn about sex? What have or will you tell your children?

We live in a world where facts and fiction get blurred
In times of uncertainty you need journalism you can trust. For 14 free days, you can have access to a world of in-depth analyses, investigative journalism, top opinions and a range of features. Journalism strengthens democracy. Invest in the future today. Thereafter you will be billed R75 per month. You can cancel anytime and if you cancel within 14 days you won't be billed.
Subscribe to News24
Related Links
Yes I had sex!
14 sex questions for teens
Why teens have sex
Next on Parent24
Failing to flourish? Here's what the largest survey on South African preschoolers has revealed

Read more on:
preschoolsexfacts
Events
Locals encouraged to tell their homegrown stories to ignite a love for reading