Have the sex talk now, or this could be your kid 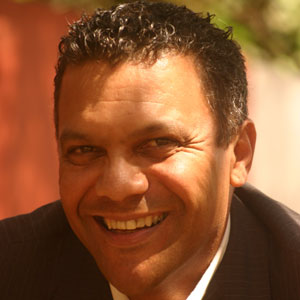 This article in the Telegraph disturbed me on so many levels: “A generation is growing up skewed by internet pornography, court hears, as 12-year-old who raped a schoolgirl is spared jail”.

In sentencing the boy the judge had this to say “You should not and must not regard pornography as any guide at all as to how to behave sexually. You should not have engaged in sexual activity of any sort with a nine-year-old girl or indeed any other young girl who, under our law, is not able to consent to it.” She added that he would receive advice on relationships and sexual development.

What really pisses me off about this argument is that it tries to blame the internet for what should be an instinctively dysfunctional behaviour. Any person with half a brain should know that any sexual act that is not consensual is simply not on- no excuses whatsoever.

The other thing that upsets me is where was this boy’s parents in the regulation of his internet access, and his exposure to sex?

More and more so-called experts are saying that the time to sexually educate our kids is becoming younger and younger. In other words don’t wait for them to be sexually active, by then it’s too late. Some are advocating having the chat with kids as young as 6 and 7. Personally I think the parents of this boy should also be held responsible for negligent parenting.

My heart goes out to the victim and her family. Having 3 young girls myself I’m sure you can imagine how I feel about what’s happened to this girl.

You are the parent, so do your job!

There can be no excuses. This judgement sets a scary precedent and we as parents should be moved to swift action to avoid it becoming the norm or acceptable. The horrific result of this lack of parenting should make every one of us sit our boys and girls down as soon as they are able to understand and explain to them that the birds and the bees are no longer what they used to be. Don’t rely on the courts or conventional educational facilities to educate your children about these important matters, it might just be too late, as in the case of both the victim and perpetrator in this case.

Do you agree that failed parenting was directly related to this crime?

We live in a world where facts and fiction get blurred
In times of uncertainty you need journalism you can trust. For 14 free days, you can have access to a world of in-depth analyses, investigative journalism, top opinions and a range of features. Journalism strengthens democracy. Invest in the future today. Thereafter you will be billed R75 per month. You can cancel anytime and if you cancel within 14 days you won't be billed.
Subscribe to News24
Related Links
Pregnant in Grade 3
Teens raping teens!
Gang-raped at school?
Next on Parent24
Failing to flourish? Here's what the largest survey on South African preschoolers has revealed