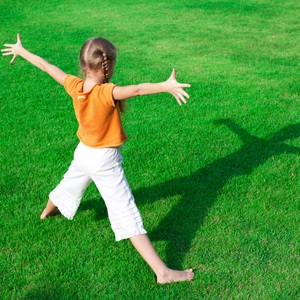 What's the deal with imaginary friends?

It’s not just an only child syndrome; according to specialists, it’s not an unusual situation at all. According to a study, oldest children, only children and kids who don’t watch lots of TV are most likely to have imaginary friends.

In fact, research has indicated that kids with imaginary friends aren’t lonely or antisocial, but instead kids with imaginary companions lean towards being more social, less introverted, more expressive with their peers and more equipped to perform tasks related to imagining how someone else might think, according to Eileen Kennedy-Moore in Psychology Today.

She describes an imaginary friend as being either human, animal or a fantasy creature, and says that children can easily describe the appearance of the friend and that boys tend to have male imaginary friends and girls may have friends of both genders.

Children who have made inanimate “friends” out of objects such as teddy bears differ in one way from kids with imaginary friends: the child usually has a parent-child relationship with the object, but the imaginary friend is seen as an equal. Imaginary friends may be around for years and, suggests Kennedy-Moore, they don’t always play nicely!

Some children do present anxiety that their imaginary friend may get into trouble or be injured but then research has also shown that kids who had imaginary friends grow up having better coping skills.

As an amusing aside, according to Jezebel.com, one woman recently put her imaginary friend “Bernard” up for sale on eBay, on the recommendations of her shrink, who had said that it was time to say goodbye to Bernard as he was created in a period of emotional instability…

Click here to see the full results of the 2014 Parent24 Kids Nation Survey.

We live in a world where facts and fiction get blurred
In times of uncertainty you need journalism you can trust. For only R75 per month, you have access to a world of in-depth analyses, investigative journalism, top opinions and a range of features. Journalism strengthens democracy. Invest in the future today.
Subscribe to News24
Next on Parent24
Full Results - Infographic