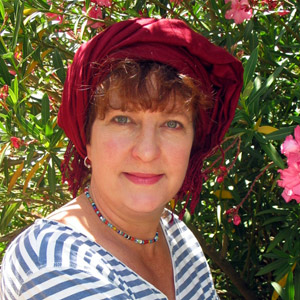 ‘Oh, everyone fails first year,’ my friend Mike said, airily, when I told him that my hitherto golden-boy son hadn’t made the grade in the first year of his science degree.

Well, not quite everyone: many of my son’s friends had, indeed, passed, even if most of them had had to rewrite at least one subject.

For both my son and me, the hardest part was delivering and receiving the news. When he told me, it was only the clear misery on his face that stopped me flying hysterically around the room like a let-go balloon.

I’m not going to soft-soap this: my disappointment was monumental. Aside from the enormous expense of sustaining a kid through a varsity year, there was just so much plan-laying and preparation that now seemed laid to waste.

The whole process of enrolling a matric learner in university takes place over several months, including applying, sitting access tests, waiting for exam results and finding accommodation, among so much else. And once these steps have been taken, the idea is that your child is then safely set on a certain path for at least the next three years.

Why do students fail?

And, of course, there was the why? discussion. Why had my clever son failed where so many of his classmates – many of whom hadn’t shone like he had in school – passed? It was inconceivable that the coursework had been too difficult: this was a boy who’d flown through the grades and, without fail, had garnered academic awards at the end of each school year.

Hadn’t he received enough support from me? Were there perhaps other problems I hadn’t known about? Had he just lost his marbles?

He shrugged unhappily. ‘I don’t think I was committed enough,’ he said.

So now, suddenly, whatever the reason, new decisions had to be made and new plans formulated. With only weeks to go until a whole new year began, a whole new ‘What next?’ raised its head.

One thing was clear: the science degree so enthusiastically embarked upon a year ago was a no-go. Did he want to enrol for another degree? Perhaps, he said – but, given his inability to manage the degree he’d chosen with such keenness, what alternative one should he go for?

Okay then, did he want to take a gap year? Sure, he said – but he was worried about discovering at the end of it that he’d just wasted another year.

Well, how about getting a job and studying part time? He brightened at that idea – but where would he work and what would he study?

And so there were many evenings of discussion, at the end of which we’d come up with a new plan – one so far removed from last year’s that there was actually something slightly surreal about it. He’d completely abandoned the idea of entering scientific academia and this new plan for his life, arrived at out of disappointment and a certain degree of trepidation, would draw on entirely different interests and skills.

Will it work? We don’t know yet, obviously. But then, as visionary American inventor R Buckminster Fuller so wisely said, ‘You never change things by fighting the existing reality. To change something, build a new model that makes the existing model obsolete.’

Why do so many first years fail?

We live in a world where facts and fiction get blurred
In times of uncertainty you need journalism you can trust. For 14 free days, you can have access to a world of in-depth analyses, investigative journalism, top opinions and a range of features. Journalism strengthens democracy. Invest in the future today. Thereafter you will be billed R75 per month. You can cancel anytime and if you cancel within 14 days you won't be billed.
Subscribe to News24
Related Links
Teens at work
40 years at school
Student gone solo
Next on Parent24
Would you leave your 7-year-old home alone?

Read more on:
failcareeruniversity
Events
Sasol is looking for bursars for an all-inclusive bursary for 2023 - Apply now