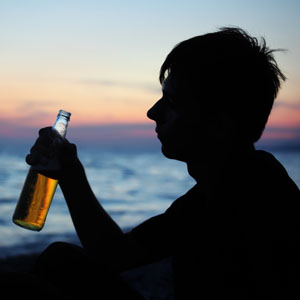 Nearly 80% of a group of surveyed Gauteng high school pupils regularly consume alcohol, according to findings released by the Bureau for Market Research (BMR). The figure seems alarmingly high, especially as the survey also revealed statistics about the use of alcohol together with other illicit substances.

One in three of the pupils- 29.6 %- surveyed admitted to regularly using illicit drugs, with dagga being the most popular.

The pupils using alcohol claimed to be using alcohol for stress relief and relaxation, and were often easily influenced by peer pressure, as well as the availability of alcohol.

Being a teenager is often synonymous with experimentation with activities and behavioural patterns which may or may not become part of the adult personality “mix”, so it is not unusual for many kids to try cigarette smoking, drinking of alcohol or drug use.

For many, it is a rite of passage- getting drunk to prove oneself to one’s peers, but that nearly 80% of these teens are becoming “regular consumers” indicates that there could be all sorts of social (and health) issues facing these kids, ranging from drunken-driving to full-blown alcoholism should they not reduce their consumption.

Many parents would dismiss the drinking kids as “just being normal teens”. Some parents allow teens to drink alcohol, but only at home. Some teens don’t have parents who are active in their lives, and are allowed to live as unsupervised adults. 53.8% of kids interviewed said that they trust their parents for advice on drug use and alcohol consumption.

Note: The legal age at which a person is old enough to purchase alcohol in South Africa is 18.

Do you think these teens are really part of a drunken generation?