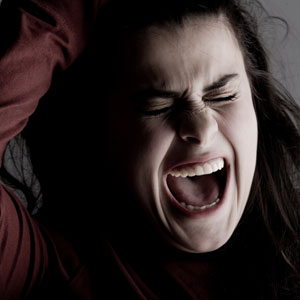 Teens often do really stupid things. It’s a part and parcel of growing up, like getting pimples and thinking nobody understands you. And sometimes teens do such stupid things that they get into serious trouble, either at school or with the law or both.

Usually, a teen will learn a lesson from having made a stupid mistake and not do it again. However, if serious misconduct happens repeatedly, despite sensible parental and/or teacher intervention, it is possible that your child is suffering from a behavioural disorder.

And if he/she has shown three or more of the following behaviour patterns in the past year, with at least one present in the past 6 months, your teen may have conduct disorder and you need to get professional help.

1. Bullying, threatening or intimidating others, initiating physical fights, using a weapon that can cause serious physical harm, being physically cruel to people or animals, stealing while confronting a victim (for instance, mugging or armed robbery) or forcing someone into sexual activity.

2. Fire-setting or any other method of deliberately destroying or seriously damaging others’ property.

3. Breaking into houses or cars, lying or conning others to obtain goods, shoplifting or forgery.

4. Staying out after curfew, running away from home or bunking school.

What should you do if you suspect your child is suffering from a behavioural disorder? Says clinical psychologist Jenny Perkel: ‘The first step is to acknowledge that there’s a problem that needs to be addressed. It’s a mistake to think that the problem will go away by itself. Your child needs psychological help and you will need someone to support you through the process.

‘It’s highly distressing to be around a conduct disordered teen and there may be times when you would like to disappear or run away from your child’s life. But you as a parent are probably the person most likely to be able to have some impact on him and his condition.’

If your child is diagnosed with conduct disorder, you need to educate yourself about the condition. ‘Conduct Disorders: The Latest Assessment and Treatment Strategies’ by research scientist J Mark Eddy (Jones and Bartlett Publishers, 2006) lists the 6 conduct disorder diagnoses, gives the predictors of antisocial and aggressive behaviour and offers effective assessment strategies, while special features include identifying common co-morbid disorders, problem-solving treatment steps and discussions about medication versus psychotherapy, among much else.

Other books that might be helpful are ‘Youth with Conduct Disorder: In Trouble with the World’ by Kenneth McIntosh and Phyllis Livingston (Mason Crest Publishers, 2007) and ‘All the Best Answers for the Worst Kid Problems: Anti Social Youth and Conduct Disorders’ by Ruth Herman Wells (Youth Change, 2003). All three are available through amazon.com.

Online, the UK’s Royal College of Psychiatrists offers information and help at Conduct disorder often goes hand in hand with drug use. Contact the South African National Council on Alcoholism and Drug Dependence (SANCA) on sancanational.org.za or phone 011 781 6410 or 08614SANCA.

The South African Depression and Anxiety Group can be contacted here or phone 011 262 6396.

In Cape Town, there’s the Mental Health Information Centre at Tygerberg Hospital, phone 021 938 5790, and the Kenilworth Clinic Adolescent Unit, phone 021 763 4500, both of which should be able to help with details of support groups.
How have you coped with your child's disorder?

Teens out of control
Kids at risk

We live in a world where facts and fiction get blurred
In times of uncertainty you need journalism you can trust. For 14 free days, you can have access to a world of in-depth analyses, investigative journalism, top opinions and a range of features. Journalism strengthens democracy. Invest in the future today. Thereafter you will be billed R75 per month. You can cancel anytime and if you cancel within 14 days you won't be billed.
Subscribe to News24
Related Links
Teens out of control
Scared of your teen?
Next on Parent24
Tell parents to try harder to be there for their teens says mom who lost her daughter to suicide

Read more on:
behaviourhelpteenviolence
Events
Free webinar on the need to protect children from exploitation