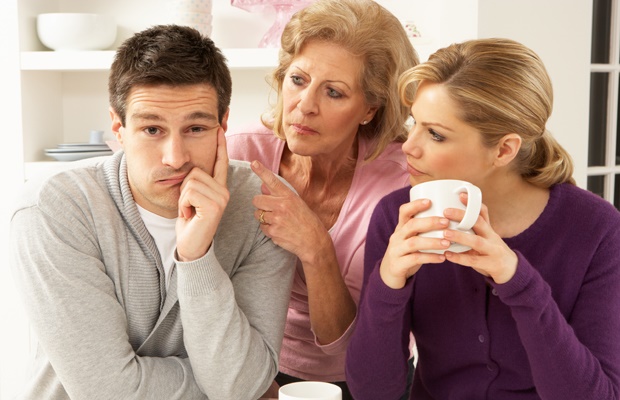 Raise your hand if you’ve given in to helping your child do something that they should’ve done on their own? I think it’s safe to say that most parents have stepped in with this at one point or another.

A typical scenario is a parent helping their child colour in their pictures, or when Mom and Dad do the majority of the puzzle for them. Or when your children know they have to take their empty plates to the sink, but you end up doing it for them after they've run off to play.

These are the small but important aspects of parenting that contribute to the growth and development of a child and when parents take over their children’s tasks or responsibilities, it opens a number of potential problems later on in life.

Boarding school was my saving-grace, as well as a massive shock to the system and with it came having to be responsible for your own washing, detention for an unmade bed and weekly washing-up duties that worked on rotation. I’m happy to say that this taught me to clean up after myself and that my adult-life is self-sufficient for the most part.

Most children will get away with not doing things for themselves, because they’re allowed to. But at what point do parents stop doing too much for their kids?

As I approach my 30’s I have a few friends whose parents still do everything for them (their mothers in particular). I’m not talking about the odd load of washing that your mother offers to wash and iron for you, or the odd occasion where your mother pops in for tea and ends up spring-cleaning your house for you- if your mom does that for you every now and then, cherish her!

I’m talking about the capable adults who still don’t make their bed, ever, the ones who can’t fry an egg let alone lift a finger to help wash up the dishes for it

"His mother would collect our laundry"

Without disregarding the guilty women here, since I’m a heterosexual, single female in the dating pool, let me focus on the adult men in this case.

I once dated a guy (and his mother) for a few years before I eventually started fantasising about having casual sex with an imaginary man who wouldn’t say things like “I love the smell of the fabric softener my Mommy uses on our bed linen” during sexy time.

His mother would come around every Thursday, collect his washing (and mine, argh) and have it all back on our bed, washed and ironed by the next day.

Making a cup of coffee was about the most he was capable of in the kitchen (and believe me it was always a struggle). Although I was working at the time, it took a few months before he realised that I wasn’t going to be cooking and cleaning every night after work, while he stretched out on the couch talking to his ‘Mommy’ about how much he liked the new boxer-shorts she’d bought him.

I went on strike and refused to clean anything that was his. Watching his dishes and mess pile up day after day was devastating, but I stuck to my guns. Before you think that there’s a light at the end of this story, let me tell you, there isn’t.

A week later I came home to his mother, who had been given a key to our apartment. She had worked through the entire house with bleach, Sunlight soap, a washing basket and the sort of attitude that reeked of “my son’s girlfriend is useless!”

I put up with all this for a good few years more until I stopped enjoying having to insist on limiting the amount of ‘mothering’ that his mother was doing for him, over and over again. It also made me realise that had we had our own kids in that relationship, this would have been even more of a problem.

So mom’s, we know how much you love and care for your kids, but please, for the sake of future relationships and your child’s independence ; teach your children to do things for themselves and know when to back off.

Are you guilty of 'doing too much' for your kids?

We live in a world where facts and fiction get blurred
In times of uncertainty you need journalism you can trust. For 14 free days, you can have access to a world of in-depth analyses, investigative journalism, top opinions and a range of features. Journalism strengthens democracy. Invest in the future today. Thereafter you will be billed R75 per month. You can cancel anytime and if you cancel within 14 days you won't be billed.
Subscribe to News24
Related Links
10 things parents need to stop doing RIGHT NOW!
Stop overprotecting your kids!
Next on Parent24
'Rooted in neurobiological changes': Your teen is wired to ignore you, shows new study