Dutch cycling superstar will be out for months In every generation, there are dominant riders. And in the current peloton, two of them are Tom Pidcock and Mathieu van der Poel.

Both are members of elite road racing teams and have shown enormous promise at the Tour de France. And both also happen to be excellent off-road riders. On mountain or cyclocross bikes.

Mathieu van der Poel has delivered some extraordinary performances at cycling’s European monuments – those events regarded as the most challenging and prestigious. In turn, Pidcock has shown his singletrack riding ability by winning the Olympic mountain bike title.

And in the brutal discipline of cyclocross, racing laps of muddy fields, both riders are very nearly in a class of their own. 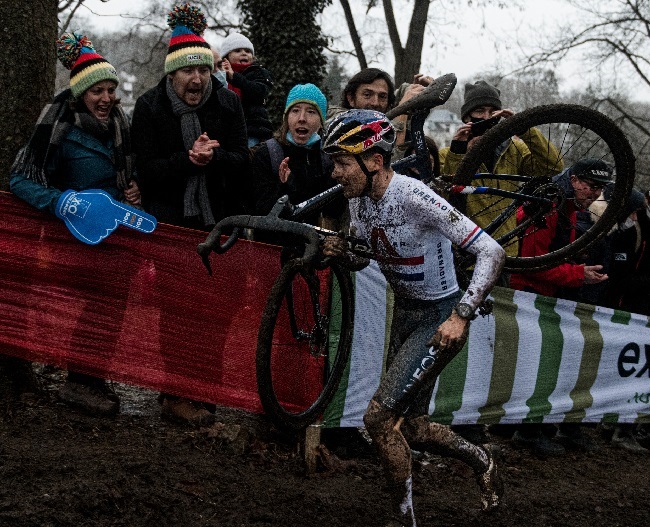 Pros - who want to ride it all

Both riders possess an array of skills and excel at cyclocross and mountain biking. And have enlivened professional cycling with their cross-discipline approach. But that has come at a cost, for one of them.

Mathieu van der Poel has announced that significant back pain is debilitating his training and racing. The Dutch rider will be taking a few months off, which will in all likelihood prevent him from participating in the European classics – where he is often favoured to win. A break that Mathieu needs

The trouble for Van der Poel is a disc issue in his back, which makes it painfully uncomfortable to be seated in a riding position. An extensive rest period is the only viable treatment, and Van der Poel is also having minor knee surgery while he is off the bike.

Some of the Dutch powerhouse rider’s problems can be traced to a dramatic crash during the Olympic mountain bike event. Van der Poel went over the bars and crashed heavily, despite being a favourite for the gold medal – which Pidcock would eventually win.

Ardent road, cyclocross and mountain bike fans will hope that Van der Poel recovers rapidly and is in shape, to take his place in the peloton later this year.

We live in a world where facts and fiction get blurred
In times of uncertainty you need journalism you can trust. For only R75 per month, you have access to a world of in-depth analyses, investigative journalism, top opinions and a range of features. Journalism strengthens democracy. Invest in the future today.
Subscribe to News24
Next on Ride24
Mariske Strauss to Liv it up with Giant mountain bikes