The Tour de France gets back underway Tuesday after a successful three days in Denmark with a series of testing stages that will shape the destiny of the 2022 yellow jersey.

We take a look at five things worth watching out for in the next seven days.

With three hilly stages, two mountain days and the treacherous cobbles, attack-minded Mathieu van der Poel of Alpecin will be straining at the leash to once more claim the overall leader's yellow jersey after a fine run in 2021. His mountain biking skills, will be of great help, regarding the technical challenge of riding on cobbles.

He can probably not do it in the mountains, but the one-day specialist sits just 20 seconds off Wout van Aert's lead and may even go for the gun between Dunkirk and Calais on Tuesday. Cobbles could shake up pecking order

The Tour takes on 20km of the old mining roads that led the Paris-Roubaix to gain its nickname 'the Hell of the North'. That stretch could provide a shake-up in the overall standings and may also reveal the true nature of the pecking order inside the teams with more than one leader.

If Tadej Pogacar's hand injury is worse than he is showing, it will be put to a rude test. Ineos could protect Adam Yates, or opt to allow Geraint Thomas to plough on if he is in difficulty.

Primoz Roglic would appear stronger for Jumbo, but they also have Jonas Vingegaard as a possible leader and will also consider how long to try and keep Wout van Aert in yellow. 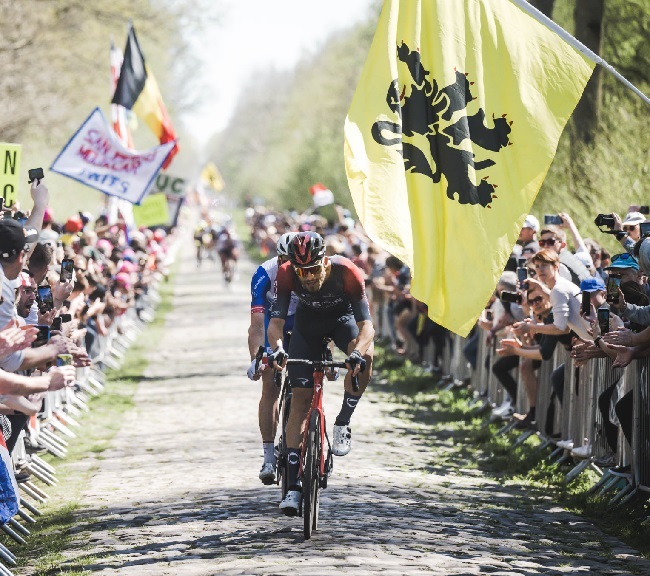 The last time the Tour took on this climb in the Vosges mountains to the storied summit finish, Thomas gained time on all his key rivals on the punishing upper reaches contested over gravel.

The Tour winner will likely not be revealed here, with time differences between the overall contenders expected to remain within 30-40 seconds. But this is the Tour's first summit finish, first mountain stage and will provide major form pointers ahead of the crucial Alpine stages ahead.

The 10th stage in the Swiss Alps is potentially the most gruelling test of the week, with over 40km of tough ascents. It will put Ineos' promise to race aggressively to the test.

Ineos have two climbers in their ranks capable of a bid to put time into defending champion Pogacar, or at least wear him out on a Tour thin on traditional mountain challenges. Ineos were talking up a fight ahead of the Tour, suggesting they would race aggressively in their bid to end Pogacar's reign.

Their two leaders are climbers Daniel Martinez and Yates who will have to wait for the mountains to launch an attack. Jumbo-Visma, runners-up in the past two years, said they would be concentrating on just surviving the opening stages. The merits of those differing strategies will be put under the microscope this week.

We live in a world where facts and fiction get blurred
In times of uncertainty you need journalism you can trust. For 14 free days, you can have access to a world of in-depth analyses, investigative journalism, top opinions and a range of features. Journalism strengthens democracy. Invest in the future today. Thereafter you will be billed R75 per month. You can cancel anytime and if you cancel within 14 days you won't be billed.
Subscribe to News24
Next on Ride24
Win a Cape Epic entry by joining the ride with Ciovita’s Strava club