The world’s best riders mitigate risk by wearing a lot of protective kit: full-face helmets, elbow guards, knee pads, and back protectors. But what about shoes?

During the weekend’s EWS-E Valberg event in France, one of the world’s best enduro mountain bikers suffered a horrific and unusual injury. And it shows that mountain bike shoes have might have a protection weakness, in extreme impact scenarios. 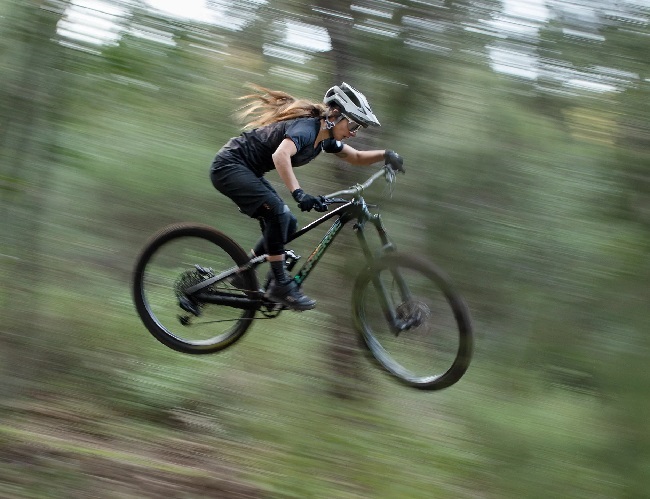 Courdurier is one of the world’s most skilled technical trail riders. (Photo: 100%)
Ride24

Even the most skilled riders, get it wrong

Isabeau Courdurier is one of the world’s most accomplished enduro riders, having won the 2019 EWS title. Despite being only 1.52m tall and 52kg, Courdurier has the strength and guile to speed down highly technical trails.

The current EWS women’s leader, Courdurier was competing in the e-bike category at Valberg, deep in the French Maritime Alps. A venue known for its lunar grey landscape and steep trails. 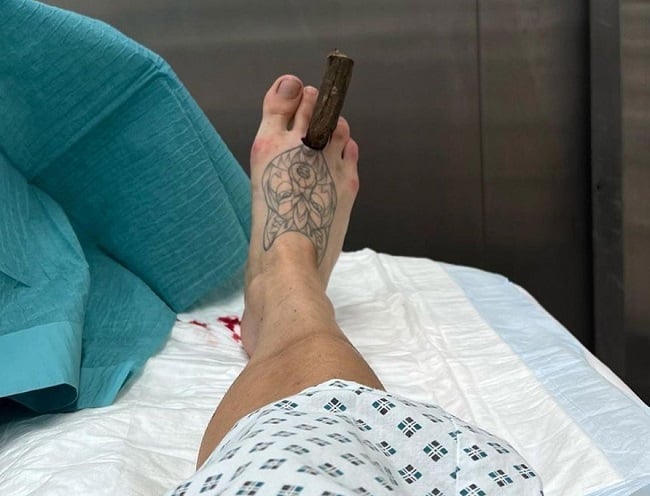 The graphic reality of Courdurier’s injury, where a tree branch punctured her shoe and foot, after she went too wide through a corner. (Photo: isabeau_c)
Ride24

When a corner is a worse, than a crash

During the EWS-E Valberg event, Courdurier required a helicopter rescue after suffering a dramatic injury. "I went a little too outside in a turn and my front wheel lifted a sharp branch. I did not crash. The branch perforated my shoes (upper part) and foot entirely."

Mountain bike shoes feature extensive padding and layers of protective cladding around the sole, to prevent foot injuries from terrain strikes. But shoe uppers are less unprotected, and that’s exactly where the impact point was for Courdurier.

Despite the traumatic injury, Courdurier is trending to a full recovery, thanks to an excellent medical response from the French rescue services. The tree branch that punctured Courdurier’s foot, miraculously missed crucial bones and tendons.

We live in a world where facts and fiction get blurred
In times of uncertainty you need journalism you can trust. For 14 free days, you can have access to a world of in-depth analyses, investigative journalism, top opinions and a range of features. Journalism strengthens democracy. Invest in the future today. Thereafter you will be billed R75 per month. You can cancel anytime and if you cancel within 14 days you won't be billed.
Subscribe to News24
Next on Ride24
Win a Cape Epic entry by joining the ride with Ciovita’s Strava club