The Tankwa is an unforgiving place. Its starkness is immense, and shade is but a suggestion.

Since 2013 the Tankwa Trek has been regarded as a true test of mountain biking endurance. A race worthy of its UCI status.

Four days of steep climbs and loose shale descents test fitness, focus and rider skills. And for the 2022 Tankwa Trek, organisers have shaped a new route. 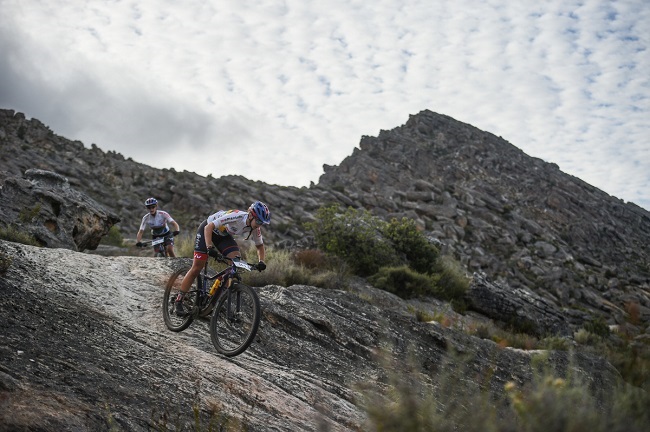 Many improved sections of trail

Stages 1 and 4 contain new portions of singletrack, shaped by Kaleo’s Ernst van Dyk, with the generosity of access provided by Koue Bokkeveld farmers.

"We’re also looking forward to welcoming mountain bikers to a greener Koue Bokkeveld than they’ve seen in recent years." This has made Ernst's job a lot more rewarding.

"The 2021 winter was one of particularly good rainfall, which has the veld in fantastic condition but which also helped our trail building. Now that the singletracks have had a chance to bed-in they’re rolling superbly."

Scheduled for the first week of February, the Tankwa Trek ranges for 284km, through some of the country’s most inspiring terrain. Stage 1 acts as a seeding run, for the starting order on day two. The Witzenberg valley will be the singletrack venue for stage 2, where the Hanekom brothers have carved trails through rugged sandstone terrain.

There will be a new approach to the Old Wagon trail climb into the valley. Stage 2 is 86km in length with 1900m of climbing.

By far the most humbling feature of any Tankwa Trek, is the fabled Merino Monster climb on stage 3, which is 99km long and has 2200m of climbing. It is unquestionably the event’s queen stage.

Riders will finish with a playful stage 4, which is 70km in length with 1000m of climbing and a freshly cut 5km singletrack descent, to the finish.

We live in a world where facts and fiction get blurred
In times of uncertainty you need journalism you can trust. For 14 free days, you can have access to a world of in-depth analyses, investigative journalism, top opinions and a range of features. Journalism strengthens democracy. Invest in the future today. Thereafter you will be billed R75 per month. You can cancel anytime and if you cancel within 14 days you won't be billed.
Subscribe to News24
Next on Ride24
Zwift cancels plan for new bike amid staff losses

Get the newsletter
Events
Explore the Berg, Karoo and Transkei with Living Colour adventure rides

How to become a Sani2C mountain biking black mamba