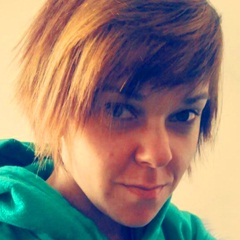 Sport24 columnist Antoinette Muller (File)
The Asia Cup kicked off this week with Sri Lanka and Pakistan starring in an edge-of-the-seat kind of encounter.

India, Bangladesh and Afghanistan are the other teams taking part in the competition, a competition which many other countries could learn something from. No, it’s got nothing to do with bad commentary and flat pitches, the Asia Cup is a great way to give one-day cricket some context instead of simply playing a bunch of games for seemingly no reason at all.

One-day cricket is most often used as a means to generate broadcasting revenue. Because there are more eyeballs fixated on the shorter format of the game, it’s all easier to sell. That’s why there are so many random standalone one-day series between teams, even if they mean very little.

Outside of the World Cup, the format has little context and the fixtures are bolted onto tours as a means to keep those with shorter attention spans engaged in the sport. In a World Cup year, the one-day fixtures are a way to measure aptitude, combinations and test out new players to win that all important trophy.

The format, although most irksome at times, is likely to potter on for the foreseeable future and if it is going to continue existing as its irksome self, why not make sure that it at least holds some sort of relevance outside of a World Cup competition?

With cricket’s new world order of cricket signed into effect, it’s unlikely to happen now, but just imagine the benefit tri-nations tournaments of old or regional tournaments could hold for all teams?

There might not be as many competitive nations as in the Asian bloc, but if the door is opened to associates, it’s a great way for them to earn money and test their potential. For example, the Southern Hemisphere of South Africa, New Zealand, Australia and Zimbabwe could play each other in a Cup competition.

This all while England, Netherlands, Ireland and West Indies could play each other and it can all be done and dusted in just under two weeks, just like the Asia Cup is over before you know it.

If done properly, broadcasting revenue from these Cup competitions can be shared between teams, which will allow those “struggling” nations to make some extra money in a tough year. Of course at least one “big team” will be needed per competition, but it’s entirely possible to make it work. And, most importantly, it adds spice for the spectators with something actually up for grabs instead of simply “winning a series”.

Playing out-of-tour competition also offers the ideal way to lengthen Test series. If there  is  a specific window scheduled for a certain number of ODI or T20 Cup competitions  each year,  Test tours can be longer. With no forced limited overs fixtures to cater to, Test series can take their time to play out and with the guaranteed income from the Cup competitions, there will be little need for long, additional limited overs fixtures at the end of a Test tour.

These kind of Cup competitions will be particularly useful to help Associate Nations test themselves against the big dogs and get some competitive cricket under their belt, a crucial part of expanding the game globally.

The Cup winners  and runners up from all the different competitions could also go on to play each other in a league-type knock out in order to keep interest and revenue flowing. Think of it like an international sort of Champions League for cricket. It has huge sponsorship opportunities, dedicated windows and a chance for teams to see how they do under pressure in real “knock out” type circumstances.

An idea like this was pitched to the ICC a while back, and while it received plenty of support, it was shoved aside because it crushed the ability of the big countries to play matches as they wished and make more and more money.

That kind of narrow minded thinking simply underscores one of cricket’s biggest problem. Elitism plagues the game and will continue to do so now that the BCCI, ECB and Cricket Australia basically rule the roost.

Refusal to try and grow the game in associate countries as well as a seeming lack of progressive thinking has bogged down much of cricket’s potential.  That might not change in the near future, but one can live in hope that once the current dictatorship ends, somebody who has the good of the game at heart will offer a fresh perspective to the current stagnating approach.