The IPL hard to digest 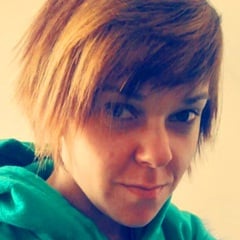 Twenty20 cricket, when done right, is bags of fun. The IPL is a tournament I feel that I should like. Not because I am constantly told to, but  because it has all the star-appeal that an elite league should have.

It’s one of the reasons I love the English Premier League – loads of great players constantly at my entertainment disposal.

The IPL is no different. From AB de Villiers taking nearly 30 runs off one Dale Steyn over, to Glenn Maxwell blasting his way to endless runs, the so-called entertainment is endless.

This year, though, I’m finding the IPL much harder to digest than before and I feel quite sad about it. I want to like it, I want to feel like I want to tune into every game, but instead, I just feel a grand swell of apathy.

Perhaps it’s because there is just so much of it. With broadcasters playing such a massive part in the league’s success, there is almost no way that two games can be played at the same time. This means that the games all seem to blend into one. They never seem to end and there is little time to absorb and digest what has happened and what needs to happen for one team to go further.

There will be one, sometimes two games, every single day. It feels like I am a foie gras duck, and not the type of duck Gautam Gambhir was getting at the start of the tournament. Watching some moments and some games in isolation is great, but trying to keep up with it all is almost impossible.

Another  possible reason for the increasing apathy is that much of the cricket hardly ever lives up to the hype. Sure, there are some brilliant moments, but there is also a lot of average cricket. Nobody expects pristine cover drives in T20 cricket all the time, but there is only so much close-your-eyes-and-slog hitting that one person can take. There’s only so much slow-ball filth instead of yorkers at the death that can be bearable. There are only so many one-sided fixtures one can put up with before getting bored.

And then there is the commentary. Oh, the commentary. Far too often the IPL commentary sounds like the personification of a teenage rave party. It’s messy and noisy and sounds like forced fun. While select commentators have moments of sanity, most of the time it is nothing short of an assault on the senses.

Let’s not pretend that a strategic time-out is actually part of the game. it’s a deliberate marketing creation to allow adverts. A boundary is not a Maximum this or that. It’s a six or a four. To paint it with an advert brush is fine, but to try and make it sound normal is irksome. It detracts from the actual cricket that’s on show.

That doesn’t mean innovation isn’t great for the game. Batsmen inventing new shots and bowlers becoming more cunning with their use of the slower ball can only help the sport evolve. T20 is a great format on its own, it doesn’t need so many bells and whistles to get everyone hyped up about it.

This week, while the IPL was banging on SkyTV were broadcasting a four day game between Durham and Yorkshire. I was quite content to have it on in the background at all times, even when Nick Knight was on commentary.

The umpires were mic-up, which added something extra to the viewing experience. To have this on in the background didn’t feel quite as harsh as the IPL. Maybe I’m just getting old and stuck up, but I was far more content watching the 36-year old Ryan Sidebottom steam in while Nick Knight was being mocked for leaving a free hit than I would ever be with bang-bang thumpy dance music trying to hype me up by some moment of the success or the other.

We live in a world where facts and fiction get blurred
In times of uncertainty you need journalism you can trust. For only R75 per month, you have access to a world of in-depth analyses, investigative journalism, top opinions and a range of features. Journalism strengthens democracy. Invest in the future today.
Subscribe to News24
Related Links
AB, Steyn vie for top awards
Next on Sport24
SA ranking dip needs context

Choose your newsletters
Voting Booth
With the Springboks losing their last two matches against Australia, how concerned are you?
Please select an option Oops! Something went wrong, please try again later.
Very concerned! Something is not right ...
58% - 3171 votes
I'm not worried. Every team has a bad game. The Boks will bounce back.
18% - 951 votes
It's too early to tell. Let's see how they go against the All Blacks.
24% - 1300 votes
Previous Results
Showmax
Stream SuperSport United vs Kaizer Chiefs