Share
Sport24 are giving away 15 DOUBLE sets of tickets to this weekend's matches in the 2014 Orange African Nations Championship (CHAN) tournament at both the Cape Town Stadium and Athlone!

Die-hard soccer fans will be spoilt for choice in deciding which game to attend in the next round of the Orange African Nations Championship (CHAN) 2014 tournament.

On Sunday, South Africa will take on Nigeria for a much anticipated match. Bafana Bafana will need to win against or draw with Nigeria in order to qualify for the tournament’s quarter-finals. Following Sunday’s thrilling game, on Monday, Morocco will face Uganda at the Cape Town Stadium. Athlone Stadium matches will see Mozambique take on Mali on Sunday, followed by the Burkina Faso v Zimbabwe game on Monday.

‘Bafana Bafana are certainly on top of their game, and we are calling on all Capetonians to put on their soccer shirts and come out in their numbers to support either our home team or the other African teams of choice,’ said the City’s Mayoral Committee Member for Tourism, Events and Marketing, Councillor Grant Pascoe.

‘International tournaments like Orange CHAN bring together South Africans from all walks of life and help to grow Cape Town as an international soccer city and the events capital of Africa. This in turn boosts tourism and the local economy as these events draw fans and media from across the continent, placing the Mother City in the pan-African spotlight,’ said the City’s Mayoral Committee Member for Tourism, Events and Marketing, Councillor Grant Pascoe.

Tickets are being sold in three phases as the teams vie for victory, and will range from R40 to R200. The Phase 2 ticket sales campaign currently underway offers fans discounts of up to 15%. Tickets are available countrywide from Shoprite/Checkers stores and Computicket outlets. 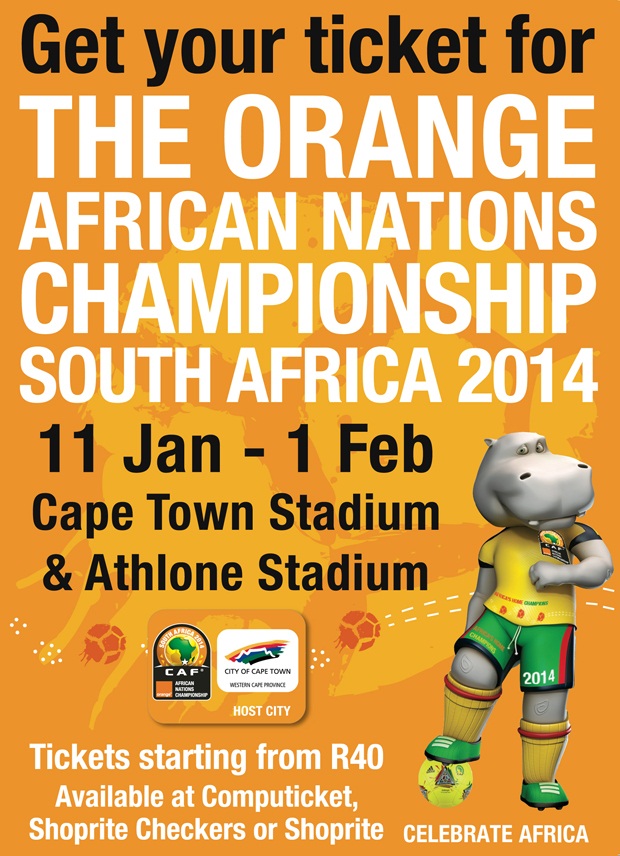