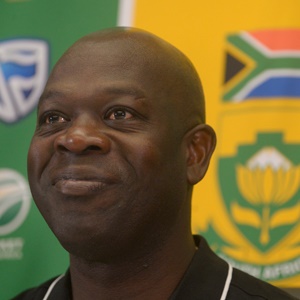 He accepted the role as South African head coach in August.

This time Gibson will not be in the England dressing room, as the first Ashes Test gets underway in Brisbane on Thursday.

The West Indian went on to Twitter to give a final word of advice to England, saying: "Good luck to captain @root66 and the @ECB_cricket boys tomorrow. Play the game not the name #ashes."

Gibson's next assignment for the Proteas will be to get the team ready for their four-day Boxing Day Test against Zimbabwe and their India and Australia home series' in early 2018.

But for now Gibson is enjoying an abundance of cricket before he is in the hot seat, as he will be keeping a close eye on the ongoing T20 Challenge and by the looks of it, the Ashes.

Good luck to captain @root66 and the @ECB_cricket boys tomorrow. Play the game not the name #ashes