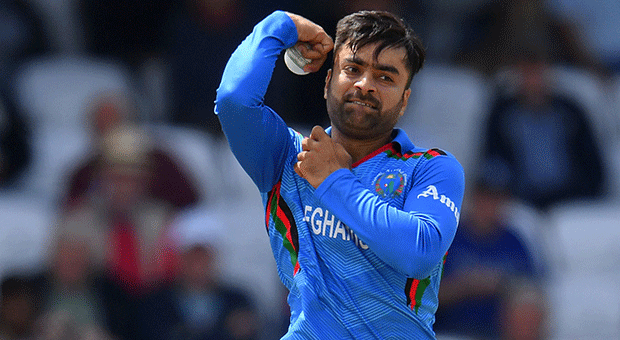 Kabul - The Afghan Cricket Board (ACB) named leg spinner Rashid Khan captain across all the major formats on Friday, despite a disappointing World Cup for the Twenty20 sensation.

Asghar Afghan was also appointed vice-captain, the ACB said in a statement announcing the decision.

Khan came into the World Cup as cricket's hottest property after catching the eye with his leg spinners for minnows Afghanistan.

But the Twenty20 star, who played a leading role for many sides in franchise cricket across the globe, claimed only six wickets in nine games as the Afghans returned home without notching up a single win.

At a news conference announcing his new role, Khan acknowledged the responsibility on his shoulders and expressed hopes for the team's future.

"We all play as one team and play only for the country. Whatever I am today, is because of this country and this team," Khan said, according to the ACB.

Gulbadin Naib, who skippered Afghanistan for the World Cup, defended his premier spinner after their final loss to West Indies, saying "he gives 100 percent".

The 20-year-old Rashid, who is number one in the T20 rankings, set the cricket world abuzz when he became the fastest bowler to take 100 ODI wickets, in 44 matches.

Afghanistan is one of the fairytale stories of modern sport, with cricket introduced to the war-torn country by returning refugees who had learnt about the game in camps in neighbouring Pakistan.

But their second ever World Cup was chastening, and while they headed home with more experience under their belts, there are also major questions over their batting strength and lack of quality seam bowlers.

ACB Chairman @AzizullahFazli announced today that All-rounder @rashidkhan_19 has been appointed as team Afghanistan’s new captain across all three formats replacing @GbNaib while Asghar Afghan will serve as the Vice-captain.Read more: https://t.co/UF7MZgdcnj pic.twitter.com/w3SYvEAHiW

We live in a world where facts and fiction get blurred
In times of uncertainty you need journalism you can trust. For only R75 per month, you have access to a world of in-depth analyses, investigative journalism, top opinions and a range of features. Journalism strengthens democracy. Invest in the future today.
Subscribe to News24
Related Links
Archer takes Cricket World Cup final in his stride
Cricket fans warned over World Cup tickets on unofficial websites
Finch proud of Australia despite heavy England defeat
Next on Sport24
Petition to have 2019 CWC shared rejected