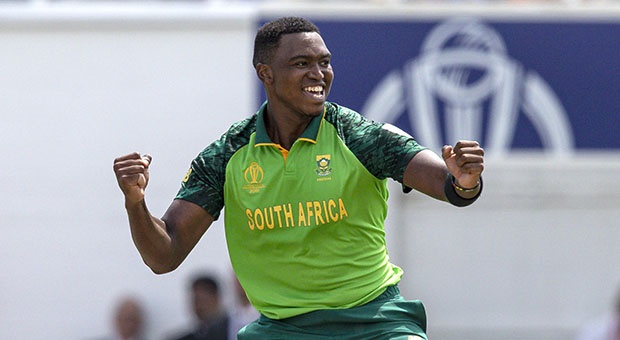 London - Lungi Ngidi has a hamstring strain and will not bowl again in South Africa's World Cup clash against Bangladesh at The Oval.

It is a massive blow for the Proteas, who already have Dale Steyn out with an injured shoulder while Hashim Amla missed out on Sunday as he continues his recovery from the head knock he took against England on Thursday.

He had struggled with the new ball, carding figures of 0/34 as Bangladesh got off to a flying start.

With South Africa set for a testing run chase later on Sunday, Ngidi could still feature with the bat should he be required.

Sport24 will bring you further updates on the severity of the injury as they become available.

Related Links
WATCH: Bangladesh fans swarm The Oval ahead of World Cup clash against Proteas
'Special feeling' for Tahir in 100th ODI for Proteas
PICS: Sea of Bangladesh fans make Proteas 'away' team at Oval
Share
Next on Sport24
Petition to have 2019 CWC shared rejected