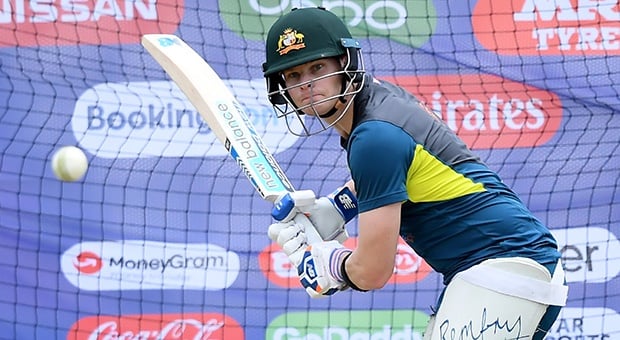 Southampton - Australia assistant coach Brad Haddin believes his side will relish the "theatre" of an English crowd reacting to the returning Steve Smith and David Warner.

The disgraced batsmen, who served year-long bans for their roles in a ball-tampering scandal, are set to face tournament hosts England in a World Cup warm-up match in Southampton on Saturday.

"I'd be disappointed if the England crowd weren't involved in the game," he told reporters at Southampton on Friday.

"One of the pleasures I had in my career was the theatre of touring to England and when the Barmy Army (England fans) come out to Australia and what it brings to the game."

A crowd of fewer than 30 people gave the pair no trouble during an unofficial game against the West Indies at the venue's reserve ground on Wednesday.

But with the World Cup starting next week and an Ashes series in England to follow, spectators may well be more vocal before Australia's tour is finished.

However former wicketkeeper Haddin added: "The one thing I have noticed is that they still respect good cricket. They'll still have their songs and their fun, but I have never known an English crowd not respect a good hundred or a five-for or a good performance in the field."

Haddin said Australia, under new coach Justin Langer, understood they could be competitive without being abusive at the same time.

"All anyone wants is a fair contest and I think every time Australia play England, we all know we're going to get one hell of a great contest."

We live in a world where facts and fiction get blurred
In times of uncertainty you need journalism you can trust. For only R75 per month, you have access to a world of in-depth analyses, investigative journalism, top opinions and a range of features. Journalism strengthens democracy. Invest in the future today.
Subscribe to News24
Related Links
Proteas thrash Sri Lanka to boost World Cup morale
Proteas' Cricket World Cup woes no worry for Faf
ICC warns off 'corruptors' from Cricket World Cup
Next on Sport24
Petition to have 2019 CWC shared rejected