Faf: We understand the anger from SA fans 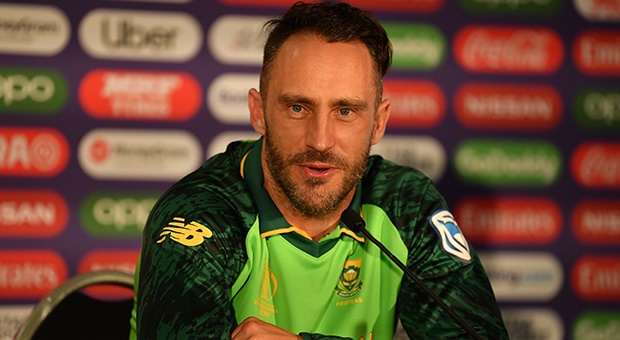 The Proteas needed to win the match to keep alive their hopes of making the tournament semi-finals.

Having set the Black Caps 242 for victory, the Proteas lost their way in the field and a superb century from New Zealand skipper Kane Williamson got the Kiwis over the line with three balls to spare.

South Africa have now lost four of their six matches at the tournament and are effectively out of the running.

"I know that South African people are very passionate and probably a little bit angry at the moment, and rightly so," Du Plessis told media after the match.

"As a team we take that on the chin. We're not pointing fingers anywhere else.

"We're just not as good as the other teams at the moment and that's our mistake."

It is the latest in a long line of disappointments at the World Cup, dating all the way back to 1992.

Du Plessis was visibly gutted, but he said he was pleased with the effort from his players.

"I can't fault the game that we played today. We threw everything at New Zealand," he said.

"We were probably 20 runs short if we're really harsh on ourselves, but in the field with the ball the guys tried for 50 overs and that's all I can ask for.

"There was a great intensity."

"Kane (Williamson) played a great knock and it was probably the difference between the two sides ... just one guy taking it through."