It's 'now or never' for the West Indies' World Cup hopes 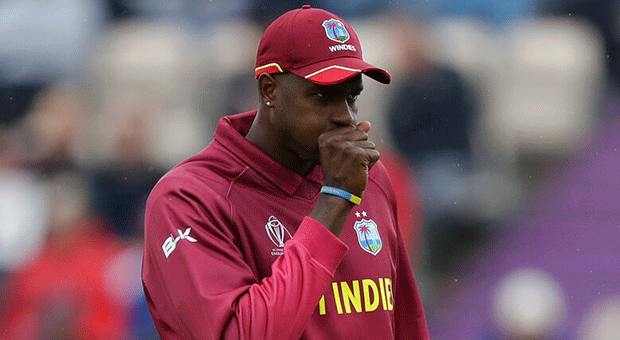 London - Clive Lloyd believes it is "now or never" for the West Indies when they try to get their Cricket World Cup campaign back on track against Bangladesh.

With the top four qualifying for the semi-finals, the Caribbean side now have a job on their hands to displace one of New Zealand, champions Australia, India and England.

Lloyd, the captain of the West Indies side that won the first two World Cups in 1975 and 1979, said Jason Holder's men would "need to win nearly every group game from here on in if they are to have a chance of making the semi-finals" - starting with Monday's match against Bangladesh in Taunton.

The West Indies were dismissed for just 212 by England at Southampton, with Lloyd, in an ICC column, labelling it "their worst batting display of the tournament so far".

They slumped to 55 for three before Nicholas Pooran, who made 63, and Shimron Hetmyer (39) shared a fourth-wicket stand of 89.

"Pooran in particular has really impressed me so far this tournament, but we shouldn't be asking two young guys to do it all," Lloyd said.

"The rest of the batsmen left them high and dry."

Lloyd, the forerunner of such power hitters as Chris Gayle, questioned the balance of the West Indies' top-order, saying: "Maybe we are missing someone who can stick around. In my day we had Larry Gomes who could play that role."

As for the West Indies' attack, Lloyd said they could not repeatedly rely solely on short-pitched fast bowling to do the trick as they had done in skittling Pakistan out for 105 in an opening win.

"They can't go into every game thinking they are just going to blast teams out like they did Pakistan," he said.

"They need to be able to read the conditions, adapt to their opponents and the pitches put in front of them."

And Lloyd warned life was not about to get any easier against a Bangladesh side who beat the West Indies twice in a recent tri-series.

"It's a must-win clash for both sides - Bangladesh will be feeling very good about their game and it's up to the West Indies to stand up and be counted."

We live in a world where facts and fiction get blurred
In times of uncertainty you need journalism you can trust. For only R75 per month, you have access to a world of in-depth analyses, investigative journalism, top opinions and a range of features. Journalism strengthens democracy. Invest in the future today.
Subscribe to News24
Related Links
India fans turn superstitious ahead of Pakistan clash
Finch, Starc shine as Australia beat Sri Lanka
Kohli says India-Pakistan World Cup result will not be career-defining
Next on Sport24
Petition to have 2019 CWC shared rejected