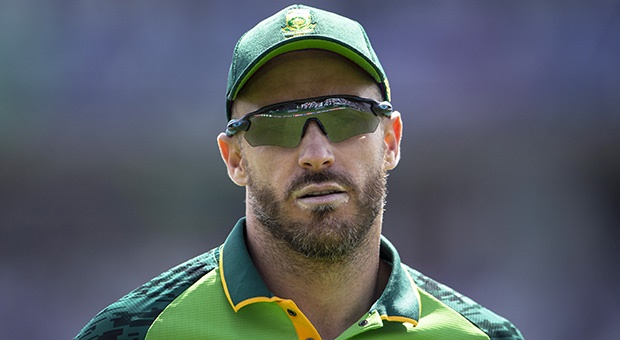 Cardiff - Proteas captain Faf du Plessis is under no illusion as to where his side currently stands at the 2019 World Cup in England and Wales.

"Everyone has written this team off," he told media in Cardiff on Friday ahead of Saturday's must-win clash against Afghanistan at Sophia Gardens.

He is not wrong. Most have.

South Africa are winless from four fixtures and have a solitary log point to show for their efforts.

Few considered the Proteas favourites heading into the tournament, but even fewer saw them being in such bad shape before the halfway stage.

There is still a long way to go, but it already looks like it will take a minor miracle for Du Plessis and his charges to book a place in the semi-finals.

Five wins from their remaining five fixtures is non-negotiable, and it has all contributed to what Du Plessis calls one of the most challenging times of his Proteas captaincy.

"So definitely, the start that we've had has made that really, really challenging ... it's probably been the biggest challenge.

"But I suppose that's what the last two, three years of captaining this side has prepared me for. Whether it's a good situation or bad situation, you try to mature as much as you can as a captain to try and be ready for when it's really, really tough because then the team looks to the leaders in the side.

"So, it's a hard time, but I'm really owning up to the fact that I need to step up and make sure that I lead the team in a time when they need me."

Mathematically, South Africa's future at the tournament is already out of their hands and even five straight wins might not be enough.

It is easily the Proteas' worst ever start to a World Cup campaign, and the heat from cricket fans back in South Africa has been brutal at times.

Du Plessis has had to find ways to push through it all.

"I try and look at myself first and I try and find my keys to keep me strong ... and that's my family, my faith, my positive talking, my visualization," he said.

"Those are things that I draw energy from.

"I start that with myself and then try and speak to the guys about what it is that keeps them in that place where they feel like they're at your best when they're playing cricket.

"I can only relate to myself and try and tap into the other players and see if I can get them where they need to be before they go (out onto the field)."

There is no room left for error.

The weather on Saturday may threaten to make life even more difficult for the Proteas, but they simply have to deliver a dominant performance to get their campaign moving in the right direction.

"We have our backs against the wall as a team," said Du Plessis.

"Hopefully that allows the guys to come out and play the way they want to play and the way they can play. I truly believe that if we do that and play our style of cricket, we will be a very dangerous team.

"We just haven't fully unlocked the potential that we do have in our side."

We live in a world where facts and fiction get blurred
In times of uncertainty you need journalism you can trust. For only R75 per month, you have access to a world of in-depth analyses, investigative journalism, top opinions and a range of features. Journalism strengthens democracy. Invest in the future today.
Subscribe to News24
Related Links
Ngidi set to miss crucial Afghanistan clash
My video's funnier than yours: Pakistan, India trade parodies before clash
Rassie: I'm proof that domestic strength not the issue for Proteas
Next on Sport24
Petition to have 2019 CWC shared rejected