Proteas: 20-year anniversary of THAT heartbreaking run out 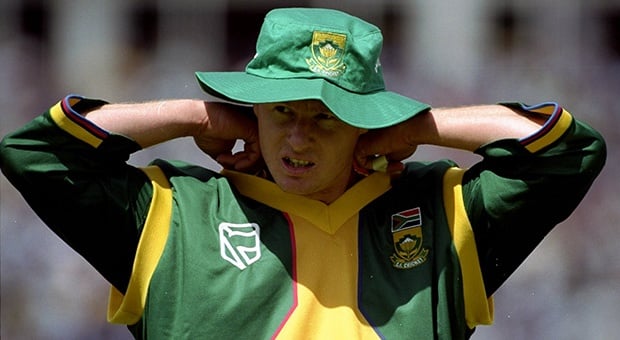 There is not a South African sports fan who doesn't remember or at least know the story of the Allan Donald and Lance Klusener mix-up when the Proteas needed just 1 run off 3 balls to beat Australia to book their place in a World Cup final for the first time.

The images of the moment it all came crashing down for the Proteas have been played countless times, and exactly 20 years later South Africa find themselves on the verge of World Cup elimination once more.

It may not be as dramatic as in 1999, but if South Africa lose Wednesday's clash against New Zealand in Birmingham - the same venue as their heartache 20 years ago - they will almost certainly not qualify for the 2019 semi-finals.

Lungi Ngidi, who was just three-years-old back then, has been passed fit and will play against the Black Caps on Wednesday, and he insists that what happened in 1999 doesn't count for anything now.

"When you look at that game, it was crucial for the guys at that stage," the 23-year-old speedster said.

"I don't think that it has had any effect on us now.

"It's a new tournament for us and if we are going to keep looking back at things that have happened, I don’t think that is going to help us move forward.

"We've got another game to play at this field and we're looking to win. We haven't been focusing on anything other than the game plan we have to win the tournament."

We live in a world where facts and fiction get blurred
In times of uncertainty you need journalism you can trust. For only R75 per month, you have access to a world of in-depth analyses, investigative journalism, top opinions and a range of features. Journalism strengthens democracy. Invest in the future today.
Subscribe to News24
Related Links
Ngidi passed fit for crucial Black Caps clash
Arthur wants Pakistan to summon 'cornered tigers' spirit
Injured Roy to miss England's next two CWC games
Next on Sport24
Petition to have 2019 CWC shared rejected