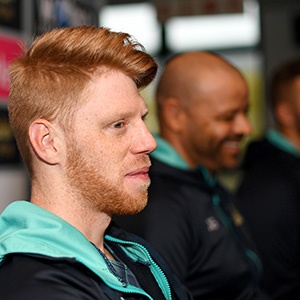 Cape Town - Ahead of the 2019 World Cup in England, Cape Cobras coach Ashwell Prince made headlines by suggesting that national coach Ottis Gibson had never watched Kyle Verreynne play a game of cricket.

Prince had said at the time that Verreynne should be considered as a surprise inclusion in the World Cup squad, adding that he should also be given the gloves in Test cricket to allow Quinton de Kock more freedom to concentrate on his batting.

Those were a couple of bold statements, but that is what one has come to expect from Prince, who has the numbers to back his opinions up with 66 Test matches at an average of 41.64 and 52 ODIs at 35.10.

Now, less than a year later, Prince's calls have been answered with the 22-year-old Verreynne included in a 15-man squad for three ODIs starting at Newlands on Tuesday.

At a time when there is a genuine concern over the quality of depth in South African cricket, it is an exciting selection as the new leadership of Graeme Smith and Mark Boucher looks for players who can hit the international ground running.

When you talk to Verreynne, it is easy to make the mistake of thinking he is significantly older than 22.

He is mature, thoughtful and, when it comes to anything cricket, knowledgeable.

He knows, though, that he is in for a thorough examination if his credentials if he is handed a debut over the next week and he has lent on Prince for advice.

"He gave me an opportunity at this level and that's a massive thing," Verreynne said of his franchise coach.

"Something he has always said to me and all the young guys is that he's not going to pick you if he doesn't believe you have the ability.

"Since I started, that has helped me. Knowing that the coach and management back you gives you a lot of confidence.

"Obviously he's played a lot of international cricket and when you speak to him, it's clear that the way you handle pressure situations is important when you go that level up.

"To be able to have somebody who has been there and can share that knowledge has helped me, particularly from a mental aspect."

While he comes highly-rated as a batsman, Verreynne is also a wicketkeeping option and could be used in that capacity to free up De Kock, who will start his tenure as the permanent ODI captain in this series.

"The challenge will be to do exactly what I've been doing for the Cobras under a bit more pressure and scrutiny," Verreynne said.

"I don't think I'll change anything, I think it's just more a case of being able to do the same things."

In terms of his age, Verreynne has no concerns.

"In cricket, age is not really understood," he said.

"You have a lot of young guys who have played a lot of cricket and are experienced and vice-versa.

"While I am quite young, I have played in enough pressure situations and been in a few different teams and from a cricketing perspective, I am definitely not young."

With South African cricket currently searching for young, talented players to take the Proteas forward in the years to come, it is highly unlikely that Verreynne will go through the series without being given a debut.

When that happens, he will appreciate his call-up even more.

"When you start playing, you don't play to just have fun. You start because you watch the guys playing for the Proteas and I've kept that dream up until now," he said.

"I think it hasn't really sunk in yet. It's obviously nice to get a call-up into a side like that but, for me, you want to play and make your debut.

"While it is exciting, there is still a lot of work to do and I'll only feel like I've accomplished anything if I get a game."

Related Links
Ntini, Malan hand Cobras winning start
Proteas searching for redemption after Test series defeat
India hail 'winning habit' in T20 series sweep against New Zealand
Share
Next on Sport24
There is no limit to what this England team can do - Morgan