Lorgat: Not good enough from Proteas 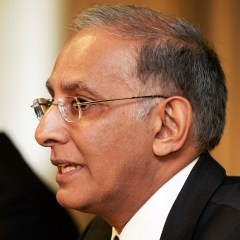 The South Africans failed to reach the semi-finals after group stage losses to England and the West Indies.

“The team did not live up to expectations and it is simply not good enough,” Lorgat is quoted as saying by Netwerk24.

“We failed again. There was so much promise beforehand, but that is where it stayed and today we have nothing to show.

“We’re definitely a much better team than the results show. We still have world class players, but the incisive question now needs to be answered as to why they can’t perform at their best when needed.

“Clever and objective analysis will be done. It doesn’t help if we do it now when everybody is emotional.

“We’ll be working with people’s livelihoods. Therefore things won’t be rushed. There will be an executive council meeting in a few weeks’ time and the team only plays again in the middle of the year.”

According to Lorgat, the four best teams - New Zealand, India, West Indies and England - made the semi-finals of the ICC World Twent20.

“We’re not one of the four best teams in the world anymore. Why that is no longer the case, is the big question that needs to be answered.”

We live in a world where facts and fiction get blurred
In times of uncertainty you need journalism you can trust. For only R75 per month, you have access to a world of in-depth analyses, investigative journalism, top opinions and a range of features. Journalism strengthens democracy. Invest in the future today.
Subscribe to News24
Related Links
Starc back for Windies, SA series
Faf rues mistakes made at key moments
Gayle eyes big knock against India
Next on Sport24
Hare-brained run-outs scupper SA