Rabada makes it 2 in a row for SA bowlers at IPL, De Kock joins elite club Kagiso Rabada may not be an IPL champion yet, but he finished the 2020 tournament as the leading wicket-taker.

Rabada's Delhi Capitals were outplayed by Quinton de Kock's Mumbai Indians in Tuesday's final in Dubai, going down by five wickets, but it was not enough to detract from what has been a stellar tournament for the 25-year-old Proteas speedster.

Rabada finished the season with the purple cap, becoming the second South African in as many years to lead the wicket-taking table with 30 in 17 matches.

In 2019, Proteas spinner Imran Tahir was awarded the purple cap after taking 26 wickets from his 17 matches.

Rabada's one wicket in Tuesday's final left him two short of Dwayne Bravo's 32 wickets in 2013 - the most ever taken by a bowler in a single IPL.

The only other South African to have claimed a purple cap at the IPL is Morne Morkel, who took 25 in 16 games with the Delhi Daredevils back in 2012.

De Kock, meanwhile, became just the fifth South African to have now won two IPL titles with the Mumbai Indians having lifted the trophy in 2019 too.

De Kock also finished as the sixth highest run-scorer in tournament - and the top South African - with 503 at an average of 35.92 while he also took more dismissals - 22 - than any other wicketkeeper in the competition.

No South African has ever finished an IPL season as the top run scorer. 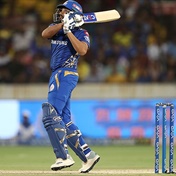