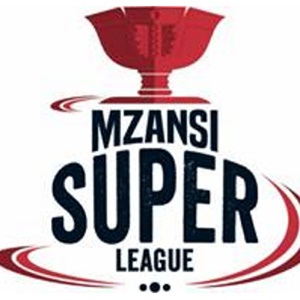 Cape Town - The Mzansi Super League has added a bit of funk and variety in the final week of the tournament with a new logo as the tournament reaches an exciting climax with the playoff and final set to take place this coming weekend.

The new, colourful logo was officially unveiled on Thursday, adding to the thrilling cricket that has been on display in the tournament first edition.

“It is summer time, and we have decided to add in more spunk and colour to this brand to go with the explosive cricket that has been dished out over the last month from the six teams,” said Cricket South Africa Acting Head of Communications, Koketso Gaofetoge.

“We have reached the most critical stages of the Mzansi Super League where an inaugural champion will be crowned hence the addition of the already unique trophy design to the logo; and also because the deep colours added in signify courage, boldness and power - something that we have seen aplenty in the last few weeks.

“In addition to this, we will also announce some high-profile pre-match entertainment features that will form part of both the playoff and the final. We promise that the fans at the venue and those watching across the world will not be left disappointed.”

The tightly-contested tournament playoff spots were confirmed at the end of the round-robin stages on Wednesday with the Paarl Rocks finishing third in the league standings and clinching the final spot in the playoffs - beating off challenges from the Nelson Mandela Bay Giants, Tshwane Spartans and Durban Heat - to meet the Jozi Stars in the all critical eliminator at the Wanderers in Johannesburg on Friday (19:00).

The winner of the knockout clash will face Cape Town Blitz at Newlands in Cape Town on Sunday (15:30).

Tickets for both the playoff and final are already available across Ticketpro (www.ticketpros.co.za), Spar, CNA, Jet, Edgars and Caltex retail outlets around the country.

We live in a world where facts and fiction get blurred
In times of uncertainty you need journalism you can trust. For only R75 per month, you have access to a world of in-depth analyses, investigative journalism, top opinions and a range of features. Journalism strengthens democracy. Invest in the future today.
Subscribe to News24
Related Links
CSA announces headline sponsor for Pakistan, Sri Lanka Tests
Mzansi Super League: Who leads the way stats-wise?
Nortje, Malan shortlisted in IPL auction
Next on Sport24
Mzansi Super League postponed due to Covid-19