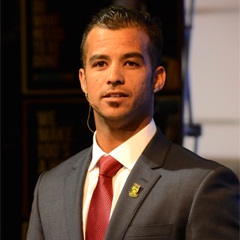 The 32 tournament matches will be exclusively showcased by the SA Broadcasting Corporation (SABC) in the sub-Saharan region with Sony Entertainment Network in India and the sub-continent region.

Injured current Proteas star JP Duminy, who captained the national side in Sri Lanka two months ago, will also form part of the commentary box as he gives fresh dressing room analysis with strong authority from recent dressing room experiences.

There will be the sultry, trusted voices from Kass Naidoo, Natalie Germanos, Mluleki Ntsabo, Udo Carelse as well as fresh additions with television personalities in Katlego Maboe and Graeme Richards.

Three men familiar with the domestic cricket scene - Ahmed Amla (in Durban), Justin Kreusch (Port Elizabeth) and Nono Phongolo (Gauteng) - will also give the commentary team an additional edge for the tournament.