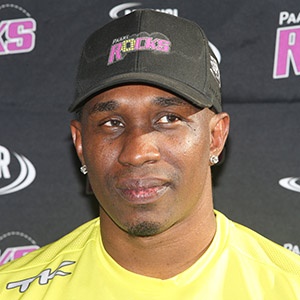 Cape Town - Never one to shy away from the limelight, Dwayne Bravo showed the Boland Park crowd his dance moves after the Paarl Rocks qualified for the Mzansi Super League (MSL) playoffs on Wednesday.

The Rocks beat the Nelson Mandela Bay Giants by six wickets to book their place in the semi-finals against the Jozi Stars.

Bravo may have made a second-ball duck in the run chase, but that did not dent his spirit at all.

'DJ' Bravo, as he calls himself, jumped up onto a pitch-side stage and began dancing with the Paarl Rocks fans.

The 25-year-old was joined by team-mate and former Proteas T20I wicketkeeper Mangaliso Mosehle as the pair celebrated their win.

The Rocks and the Stars will meet on Friday.

How flipping cool of @DJBravo47 & @Mosehle33 to get up on stage & bring the house down at Boland Park with some epic dance moves during @Paarl_Rocks lap of honour following their @MSL_T20 victory over @NMB_Giants. #MSLT20 ?????? pic.twitter.com/Oo2jGNchpQ

Following the @Paarl_Rocks win, @DJBravo47 and @Mosehle33 danced for the Paarl-faithful as the rest of the team looked on. ??The Rocks will play the Jozi Stars in the playoff on Friday #MSLT20 pic.twitter.com/kdCfv50WHu

We live in a world where facts and fiction get blurred
In times of uncertainty you need journalism you can trust. For only R75 per month, you have access to a world of in-depth analyses, investigative journalism, top opinions and a range of features. Journalism strengthens democracy. Invest in the future today.
Subscribe to News24
Related Links
Mzansi Super League: Who leads the way stats-wise?
Kohli undaunted by Ashwin, Sharma injury blows
Double India blow as Ashwin, Sharma out of 2nd Oz Test
Next on Sport24
Mzansi Super League postponed due to Covid-19