Dolphins, Knights charged up for One Day Cup clash 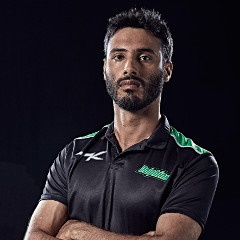 Cape Town - Dolphins coach Imraan Khan says his players are psyched up and ready to make an impact in the One-Day Cup that starts for them against the Knights in Durban on Saturday, especially after their strong 2020 showing in the 4-Day Domestic Series.

Last year’s losing finalists have enjoyed a good start to the year with two wins and a draw from their three games thus far, keeping alive their hopes of challenging for the four-day title.

Ahead of their showdown with the Central Franchise at Hollywoodbets Kingsmead Stadium, the coach says that his players are buzzing.

“Obviously after the way we ended in the last few games, the confidence is quite high,” he said. “The guys are pumped and looking forward to the white-ball format.”

The Durbanites had endured a poor first half to the red-ball campaign where they lost three out of their first five games and drew the other two.

But they have impressively turned things around thanks to young guns like captain Marques Ackerman and Grant Roelofsen as well as the in-form Sarel Erwee.

“There’s massive potential amongst some of our younger guys within the group,” Khan says. “Marques and Grant from a value perspective have actually led our four-day numbers this season, so they’ve been fantastic.

“I do think that Marques still has a lot to learn and he can improve even more as a player, especially in the white-ball game, but certainly the opportunities will be there. We’re looking forward to see what he and Grant both can do in the white-ball format as well.”

Looking ahead to the clash against the Knights, Khan says he expects them to pose a strong challenge on the coast.

“They base their game around their captain, Pite van Biljon, he’s been the heartbeat of their team and he’s been a solid performer for them for a number of seasons,” the Dolphins mentor added. “But they have some other really good players with the likes of Raynard van Tonder and Keegan Petersen in fantastic form.

“They will be a difficult side to beat but I think we have prepared well for this one and the first game of a competition is always exciting, so the boys are ready for it.”

Knights coach Alan Kruger, meanwhile, says his team are relishing white-ball cricket more than anyone due to their starvation of the game at the highest level in the central region.

There is no Mzansi Super League (MSL) team in the area, and, with the domestic T20 Challenge no more, this is the only franchise opportunity for his players in 2019/20.

“It’s always an exciting time when the white-ball stuff comes around and this year it’s even more important because there is no T20 competition,” Kruger said. “Without Mzansi Super League cricket here, this becomes the only opportunity for us.

“So the intensity is right up there, the hype and the vibe, it’s all there. We cannot wait to get going.”

The Knights have also not won the competition for nearly a decade and that in itself is further motivation for Kruger.

“It’s a format we really want to improve in,” he added. “We know what our record has been like and so hope to make a real impact this year.”

The Knights squad is: To be confirmed.