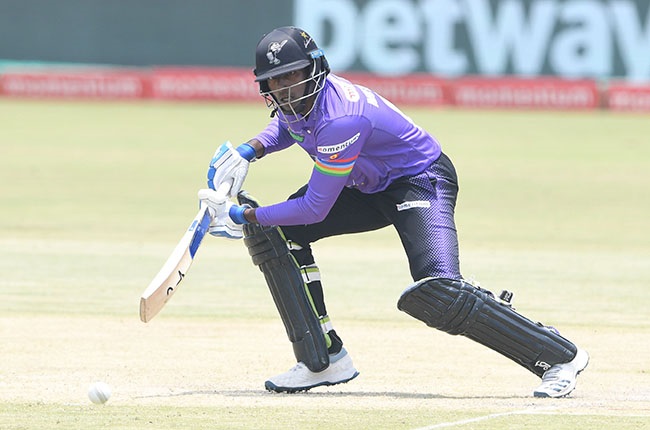 A splendid all-round performance by Senuran Muthusamy saw the Dolphins launch the defence of their One-Day Cup title with a clinical 76-run victory over the Titans at Senwes Park in Potchefstroom on Saturday.

The Proteas all-rounder first top-scored for the KwaZulu-Natal outfit with an unbeaten 70 off 67 balls (5 fours, 2 sixes), before being part of an outstanding bowling performance for his side by claiming two for 39 in 10 overs.

In fact, it was most of the bowlers who shone for Imraan Khan's side - Ruan de Swardt claimed three for 30, Robbie Frylinck squeezed the batsmen with his one for 25, Kerwin Mungroo was even more miserly with two for 16 and Andile Phehlukwayo sent down 5.3 overs before being injured and returning none for 14.

The result was the biggest for the 2019/20 winners over their opponents in the history of the fixture.

It also ensured the Dolphins, who play the Knights on Sunday, made a real statement in what was the first of six fixtures for Group A in the bio-secure environment (BSE), being hosted by the North West town.

Although the champions won impressively in the end, they did not have things entirely their own way during the early part of the game.

After losing the toss and being asked to bat first, they were reduced to 79 for four by the 16th over as the Titans made early inroads.

The Proteas all-rounder then added 50 with Muthusamy, who along with Frylinck (30) helped the Dolphins finish well to send with 272 for seven.

Dayyaan Galiem was the pick of the bowlers with two for 22 and Kyle Abbott managed one for 55 on his Titans debut.

Mandla Mashimbyi's charges then struggled in the face of some wily bowling by the opposition.

They lost half the team with just over 100 on the board and failed to find any rhythm. Theunis de Bruyn (36) and captain Grant Thomson (27) were the only two amongst the top five to cross 25.

At one stage they slipped to 140 for eight and looked in danger of being bowled out, but Abbott (22) and Thando Ntini (32) batted for more than 11 overs to reduce the margin of defeat.

We live in a world where facts and fiction get blurred
In times of uncertainty you need journalism you can trust. For only R75 per month, you have access to a world of in-depth analyses, investigative journalism, top opinions and a range of features. Journalism strengthens democracy. Invest in the future today.
Subscribe to News24
Related Links
Weakened West Indies face 'multiple' tests on Bangladesh tour
Shane Warne, Andrew Symonds left red-faced after swearing on air in commentary box
Marnus Labuschagne, Steve Smith steer Australia to ominous lead over India
Next on Sport24
Dolphins and Lions share One Day Cup trophy after washout