Donald: Rabada needs to be managed 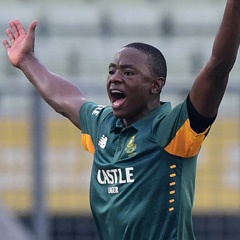 Donald, giving a video interview for the ICC's website, stopped serving as the Proteas' bowling coach after the 2015 World Cup but he still has a keen interest in the development of the side's bowling force.

"We need to be very careful. Because it looks to me like he’s (Rabada) destined to play for the Proteas for a long time without spending too much time in the first class environment," said Donald.

"So we need to balance that very carefully, and labelling players so quickly is also a dangerous thing."

Donald added that the lack of first class cricket had also not done 26-year-old Wayne Parnell any favours.

"Quickly we realised that he (Parnell) had a great talent in the short form of the game," said Donald.

"But he hasn’t played much first class cricket. And now we’re looking for him to develop as a Test bowler.

"He’s got unbelievable talent, there’s no question about that, but he hasn’t played enough four day cricket for him to come into that team."

We live in a world where facts and fiction get blurred
In times of uncertainty you need journalism you can trust. For only R75 per month, you have access to a world of in-depth analyses, investigative journalism, top opinions and a range of features. Journalism strengthens democracy. Invest in the future today.
Subscribe to News24
Related Links
Proteas fined for slow over-rate
Next on Sport24
Heinrich Klassen to captain new-look Proteas in Pakistan T20s