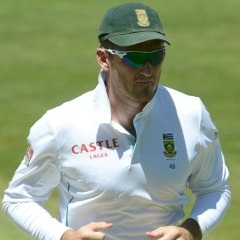 Cape Town – Throw all the technical and statistical mumbo (admittedly not a personal strong suit) my way that you wish ... it is unlikely to persuade me of the merits of Australia’s ascent to No 1 in the Test rankings at the expense of South Africa.

To put it bluntly, I believe the Baggy Greens have been rewarded too quickly – not to mention a tad unexpectedly? -- for too little, even if their recent revival is beyond dispute.

Australia have basically knocked the Proteas off the perch on the grounds of a mere two noteworthy series triumphs, and both incredibly recently: first the 5-0 home Ashes thrashing of England, and then the 2-1 outcome against South Africa in our own terrain several weeks ago.

Make no mistake, the latter was a particularly powerful statement of Australian reawakening and an outcome about which most Proteas enthusiasts can only be – and largely have been – magnanimous.

But it also seems as though the Aussies have had to do ridiculously little, in real terms, to get to the helm at our expense.

By contrast, South Africa’s earlier march to the prime position seemed more gradual, and to involve far more in the way of hard yards across the planet ... and thus smacked of greater credibility and legitimacy.

Australia had been an infinitely more fickle bunch up to their two most recent series successes which in itself, I suggest, makes a near-mockery of their swift ride to No 1.

I just fail to comprehend how a team that lost seven of nine Tests – yes, think about that figure again! -- ahead of the last two series can so quickly move to supremacy of the pack.

Yes, their latest pair of triumphs ought to be heavily weighted ... just not so heavily for them to make the meteoric rise to the helm for the first time since August 2009.

After all, not terribly long ago the Aussies were loitering in territory around fourth or fifth, something you might expect given that their third most recent series saw a 3-1 loss in England and fourth most recent a 4-0 drubbing in India.

Their victory in South Africa came marginally against the grain of neutral sentiment immediately beforehand, and for all the perfectly rightful whooping Down Under about the result, it should also be kept in mind that the Proteas have won each of their last two series in Australia (the Baggy Greens’ prior tour to South Africa had seen a 1-1 draw in a scandalously short series).

It also seems absurd to me that South Africa have been knocked down to second considering their seriously good away record: it has been almost eight years since they last surrendered a series on enemy turf, in Sri Lanka in 2006.

So doesn’t that only add credence to my belief that the Aussies’ installation has been a wee bit premature, whatever mathematical gobbledegook you may concoct to justify it?

The Proteas’ pole position deserved to be more deeply entrenched, even if I do have at least some understanding of the need from time to time to “wipe the slate clean” and start devaluing series the more faded they become in the archive.

Consistency in series excellence just doesn’t seem to be earning its proper place in the sun, somehow.

I suspect the current system makes provision for too much volatility on the rankings, and the eternal cynic in me does wonder whether the Aussies – let’s not forget, now part of a questionable “big three” ICC commercial powers lopsidedly pulling the world’s strings – have been well nigh fast-tracked because it may suit some public relations or marketing agenda.

The rankings also surrender some legitimacy due to the fact that the still-juggernaut Proteas, with their players powerless to influence things on this score, get far fewer opportunities than the likes of England, Australia and India to play five-Test series: their last was as far back as 2004/05 at home to England.

Let’s face it, the more elongated a series, the better the likelihood that the proverbial men will be separated from the boys.

No doubt some people, particularly those in Antipodean climes, will accuse me of parochialism and/or some semblance of sour grapes.

But I like to think that had it been South Africa suddenly sneaking up to knock Australia from a seemingly secure hold on the top rung of the ladder, I’d have raised similar reservations.

I did find it educative that even former Aussie captain Ian Chappell, still a strong and perceptive personality in the game but very seldom well disposed toward South Africa, didn’t get too enthusiastic over Australia’s installation at No 1 a few days ago.

Writing in his regular column on www.espncricinfo.com, Chappell said: “As winter bears down on Australia, it was surprising to hear cricket, especially the Test version, flooding the news with reports of the national team regaining the No 1 ranking.

“It was even more surprising to hear the captain, Michael Clarke, say: ‘I don’t think I’ve had a more satisfying day or feeling in my career.’

“It’s not that I don’t think Clarke should be pleased. But I would have thought the events of December 17 and March 5 would have brought more satisfaction: those were the dates when Australia regained the Ashes in Perth and clinched the series against South Africa in Cape Town.

“Surely winning on the field by defeating an opponent in a hard-fought battle means more than a computer clicking over to confirm a ranking?”

I am also beginning to think I will decide for myself from time to time who I feel deserves to head the Test field, shelving consideration of this dubious rankings malarkey ...

We live in a world where facts and fiction get blurred
In times of uncertainty you need journalism you can trust. For only R75 per month, you have access to a world of in-depth analyses, investigative journalism, top opinions and a range of features. Journalism strengthens democracy. Invest in the future today.
Subscribe to News24
Next on Sport24
South Africa Tests mark 'monumental moment' for Pakistan cricket