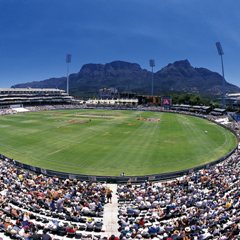 Newlands (Gallo Images)
Cape Town - The crumb of comfort is that a greatly abbreviated tour of South Africa by India this summer seems to be on, after weeks of uncertainty and intrigue.

But the particularly bleak aspect for connoisseurs of Test cricket is that the Proteas’ prime New Year five-day fixture at Newlands (usually January 2-6), which traditionally generates the best home gates of the season in the format , now looks like taking a rare year off.

Reports from India on Sunday indicate that the Board of Control for Cricket in India (BCCI) has agreed to a bare-minimum two-Test and three-ODI visit, all during December.

The Indian Express quoted an unnamed BCCI official as saying: "The BCCI has agreed to tour to South Africa, which will last about three weeks.

"Both the cricket boards (BCCI and Cricket South Africa) will announce the final schedule soon."

It said the BCCI had even turned down a request for a lone Twenty20 international because of India’s later commitments in New Zealand in January.

Should the SA safari go ahead in the seemingly newly-intended format, it will firmly indicate the extent to which the BCCI has issued a symbolic 'middle finger' to CSA, with whom it has had strained relations – thought to have much to do with CSA appointing former International Cricket Council CEO Haroon Lorgat as its chief executive earlier this year.

CSA had unveiled several weeks ago a 2013/14 roster between the two powerhouses featuring three Tests, seven ODIs and two T20 internationals, but Indian bosses said it had been issued prematurely.

Now the tour has been drastically curtailed, according to latest information, with the slightly farcical situation of India having a longer visit to relative minnows New Zealand from January to February, featuring two Tests and five ODIs.

The South African series is expected to be finally approved when the BCCI working committee gets together in Chennai on Saturday.

ESPN Cricinfo's website says it understands the three ODIs will be played first, with the two-Test series and visit as a whole ending with the Boxing Day Test.

Originally, CSA had planned the (first) Boxing Day Test for Durban, the second for Newlands at New Year and a third at the Wanderers from January 15-19.

There is likely to be some reshuffling of the venues now, given that seven international fixtures across the three formats look destined to go up in smoke – with serious financial consequences for CSA.

Much later in the summer, South African fans do have the consolation of Australia visiting, following completion of their home-staged Ashes series against England, for three Tests (currently earmarked for Centurion, Port Elizabeth and Cape Town) and three T20 games.

But the January 2-6 vacancy, especially, will stick out like a sore thumb this season.

Cape Cobras CEO Andre Odendaal could not be reached for comment at the time of writing.