A look at the 48 matches banned Smith, Warner will miss 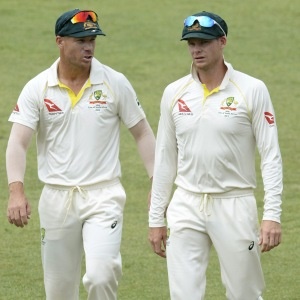 In addition, neither player will be eligible to captain the side for a period of two years.

Cameron Bancroft, the player at the centre of the ball-tampering controversy that rocked the Day 3's play at Newlands last Saturday, has been banned for a period of nine months.

However, all three players will be free to play in next year's Cricket World Cup in England, starting on May 30, 2019.

In total, Smith and Warner will miss a total of 48 international matches, broken down into 12 Tests, 29 ODIs and 7 T20Is.

Matches to be missed by Smith and Warner (Bancroft free to play from January 2019 tour of Australia by Sri Lanka):

We live in a world where facts and fiction get blurred
In times of uncertainty you need journalism you can trust. For only R75 per month, you have access to a world of in-depth analyses, investigative journalism, top opinions and a range of features. Journalism strengthens democracy. Invest in the future today.
Subscribe to News24
Related Links
Hit for six! Cricket's biggest scandals
Australia PM calls for end to cricket sledging
How SuperSport's cameramen caught Bancroft red-handed
Next on Sport24
Down to the wire as Proteas women score narrow win over Pakistan