AB out of England Test series, will play IPL 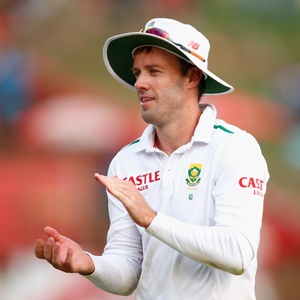 Cape Town - Star Proteas batsman AB de Villiers has dropped a second bombshell in as many days, ruling himself out of the Test series against England in July-August this year.

De Villiers addressed reporters in Centurion on Wednesday when he said he was targeting a return to the longest format in the 2017/18 summer, when South Africa host India and Australia.

"I'm just not ready yet," De Villiers said, as quoted by ESPNcricinfo.

"I'm aware of my elbow. The surgeon said it will be normal. I'm feeling really confident."

In addition, De Villiers has also ruled himself out of the home Tests against Bangladesh, starting in September.

On Tuesday, De Villiers said he had no intention of retiring from Test cricket, but made himself unavailable for the three-Test series in New Zealand in March.

The 32-year-old however highlighted that the 2019 Cricket World Cup (in England) was his main priority and emphasised the need to manage his workload.

An elbow injury then hampered his year and he has been out of action in all formats since July 2016.