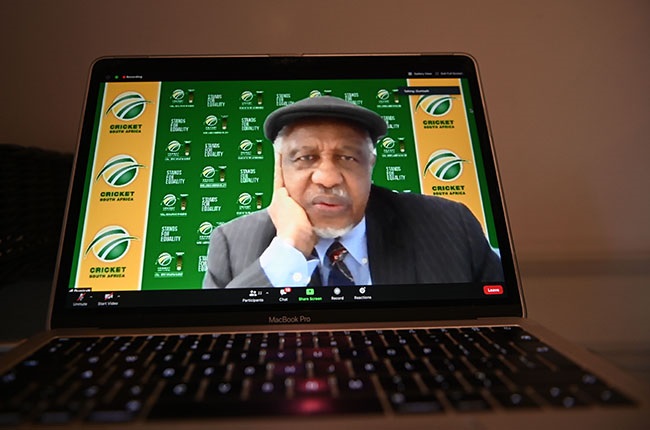 Cricket South Africa's board on Wednesday granted the Social Justice and Nation-building (SJN) Ombudsman an extension on the final submission of the report.

The initial deadline for the submission of the SJN report was 30 November but that has now been extended to 6 December.

The report is being compiled by transformation Ombudsman Dumisa Ntsebeza.

CSA said in a statement that "an update would be given once the report is received".

The SJN hearings took place through the second half of the year and were concluded at the end of October. It was held to give former players and administrators a platform to share their experiences of discrimination in the game.

Meanwhile, CSA's acting chief executive officer Pholetsi Moseki confirmed on Tuesday that the contents of the SJN report would be made public.

Moseki said they hoped the report's contents won't be as contested as compared to the infamous Fundudzi Forensic Report.

"The board will probably meet and go through the contents of the report, but it will be shared with the public. It won't be like the Fundudzi report," Moseki said.

The Board of Cricket South Africa has granted the Social Justice and Nation-building (SJN) Ombudsman an extension on the final submission of the SJN report from 30 November to 6 December 2021 pic.twitter.com/dNPZT9wvkO

We live in a world where facts and fiction get blurred
In times of uncertainty you need journalism you can trust. For only R75 per month, you have access to a world of in-depth analyses, investigative journalism, top opinions and a range of features. Journalism strengthens democracy. Invest in the future today.
Subscribe to News24
Next on Sport24
Proteas win toss, opt to bat in opening ODI against India in Paarl

Choose your newsletters
Voting Booth
What are your views on the World Rugby men's Player of the Year nominations for 2021 not including any Springboks?
Please select an option Oops! Something went wrong, please try again later.
It's a disgrace! Both Siya Kolisi AND Eben Etzebeth should have been nominated!
39% - 6400 votes
Siya, at the very least, should have been included after a superb season
6% - 1017 votes
Etzebeth has been SA's best player this year and should feel hard done by
21% - 3475 votes
Get over it! Moaning about this just sounds like sour grapes!
33% - 5462 votes
Previous Results
Showmax
The story of a legend: Sir Alex Ferguson