England to arrive in SA on Tuesday, tour expected to go ahead England's cricketers are expected to arrive in Cape Town on Tuesday to begin a 10-day quarantine period ahead of their limited over series against the Proteas.

Starting on 27 November, the tourists will take on South Africa in three T20s and three ODIs - played at Newlands and Boland Park - until 9 December.

There had been concerns that the tour might not go ahead given the events of last week when Cricket South Africa (CSA) descended deeper into administrative crisis.

CSA's members' council is refusing to hand over power to an interim board that was set up by sports minister Nathi Mthethwa with the aim of cleaning up the game, which has not gone down well with Mthethwa, who has threatened to intervene further.

Mthethwa has the power to effectively strip the Proteas of their national colours, while there is also the concern of ICC intervention should there be extreme government interference in the running of the sport.

Sport24 had it confirmed on Monday, though, that CSA is expecting the tour to go ahead and that it has not heard anything out of England suggesting a delay of any form.

The pressure from the sports minister will not relinquish, though.

In a letter sent to the members' council last week, Mthethwa strongly urged they reconsider their collective stance on the interim board.

The Members' Council is also understood to have met on Friday night, where it was again decided that it would not sign in in the interim board.

We live in a world where facts and fiction get blurred
In times of uncertainty you need journalism you can trust. For only R75 per month, you have access to a world of in-depth analyses, investigative journalism, top opinions and a range of features. Journalism strengthens democracy. Invest in the future today.
Subscribe to News24
Related Links
Aussie cricket great Steve Waugh captures spirit of India through camera lens
Karachi in final after Super Over win as Pakistan Super League restarts
CSA bosses slammed as 'unresponsive, arrogant, rude' as interim board soldiers on
Next on Sport24
ANALYSIS | CSA interim board work stalls over ICC rep rows 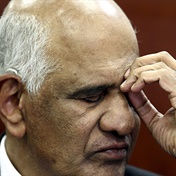