Cape Town - If Ottis Gibson gets his way - and as coach and a selector he has a big say - the Proteas will continue to challenge India with a four-pronged fast bowling attack in the two remaining Test matches.

Reflecting on South Africa's 72-run win in the first Test at Newlands, Gibson said: "When you are playing at home you play to your strengths and at the moment we have some high-quality fast bowlers."

Even without Steyn, a pace attack of Vernon Philander, Morne Morkel and Kagiso Rabada sent India crashing to 135 all out in the second innings after they had been set a victory target of 208 at Newlands.

READ: Faf: Vern as good as anyone in the world

Gibson said the balance of the team depended on conditions but added that Centurion, where the second Test starts on Saturday, usually had pace and bounce, which would incline him towards four fast bowlers.

"If you want to beat the best team in the world, which India are, then maybe we have to do something slightly different to what we've done in the past," said Gibson.

"We have to get stuck in and be tough with the bat and the ball. Get in their faces a bit, use our physicality in terms of our pace."

Olivier and Ngidi are specialist fast bowlers, while Chris Morris and Andile Phehlukwayo are both all-rounders who can add to the batting depth of a team whose fragility was exposed when they were bowled out for 130 in the second innings.

Morris is capable of bowling at more than 140kmh, while Phehlukwayo is a medium-pacer.

Phehlukwayo's lack of raw pace could count against him. He will remain in Cape Town when the rest of the squad travel to Centurion on Wednesday in order to play in a One Day Cup match for the Dolphins.

Team spokesperson Lerato Malekutu said Phehlukwayo had not been released from the Test squad but had been given permission to play for his franchise because he had not played in the Test match.

We live in a world where facts and fiction get blurred
In times of uncertainty you need journalism you can trust. For only R75 per month, you have access to a world of in-depth analyses, investigative journalism, top opinions and a range of features. Journalism strengthens democracy. Invest in the future today.
Subscribe to News24
Related Links
Cobras pleased with progress ahead of Dolphins test
SA U19s lose first warm-up in Christchurch
Rabada surges to summit of Test rankings!
Next on Sport24
Aiden Markram shows intent on earning Proteas place back 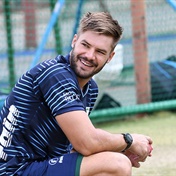