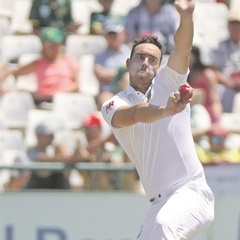 There was some unseasonal, warm spring sunshine over generous parts of England … which really just rubbed salt into the wound.

The Easter long weekend was meant to mark the official start of the UK cricket season, simultaneously giving numerous South African players their customary opportunity to earn bread and butter in a stronger currency.

But with the coronavirus wreaking as much havoc there as anywhere else in the world, the campaign is on an indefinite hold – already with the stated guarantee of no play before May 28 at the earliest.

The shrinkage of the season, if it even gets underway at all, has meant seven rounds of the four-day County Championship have been scuppered, with a mounting likelihood that the whole of the first-class competition will be axed to prioritise activity by England’s national team and in the domestic Twenty20 Blast.

That potentially means bleak news for the South Africans who prospered most notably in last year’s Championship and the now similarly endangered Royal London One-Day Cup.

It is also ominous for prominent SA stars who had intended setting out on new county adventures in 2020: among them are meant to be Proteas Test legends Hashim Amla (a two-year contract with Surrey) and Vernon Philander, who is now on the books of Somerset.

Other international players earmarked to serve English sides in 2020 are Farhaan Behardien (Durham) and Dane Paterson (Nottinghamshire, although his deal has not yet been fully nailed down).

All of those players would rue any situation in which two of the three major county competitions are cancelled, although Paterson is arguably the closest among the quartet to a T20 specialist, so he might come especially into his own if that format becomes the summer focal point, largely for profit-related reasons.

Although one or two on existing deals are quitting altogether or were intending to scale down their county availabilities in 2020 to certain competitions anyway, the list of significant performers in the UK last year serves as a strong reminder of just how prevalent South African players are there.

The 2019 individual standout, in many respects, was now 31-year-old off-spinner Simon Harmer, who bagged the most wickets in Division One of the Championship as the title went to Chelmsford.

Harmer, who has five Test caps for South Africa, registered 83 scalps at an average of 18.28, including 10 five-wicket hauls, and he will be mortified if he is denied in entirety a follow-up season in that competition.

Similarly, former Proteas seamer Kyle Abbott will not be too happy to be kicking his heels for large parts of the next few months: he was next best with 71 wickets for Hampshire at a particularly stellar 15.73.

Still, he did transfer his form into both white-ball arenas, getting 20 wickets in each of the One-Day Cup and T20 Blast at 23.55 and 17.80 respectively.

Other Proteas favourites had, at very least, short stints of productive duty with counties last summer, including AB de Villiers (348 runs in only eight T20 knocks for Middlesex at 69.60), Aiden Markram (466 runs at 58.25 for Hampshire in the One-Day Cup) and evergreen Imran Tahir (19 wickets at 20.26 for Surrey’s T20 cause).

Hampshire stalwart and booming left-handed stroke-player Rilee Rossouw had already indicated – not the worst bit of astuteness on his part? – that he will only serve the county in 2020 at T20 level, which is all they may get at the Rose Bowl anyway.