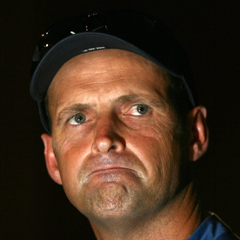 Speaking to the Mumbai Mirror, the 51-year-old opened up on South Africa's disappointing history at the World Cup and their chances in 2019.

"There is no doubt that the South African team has under-performed in previous World Cup knockout matches," Kirsten is quoted as saying.

"They are not the first professional sports team to experience this and will certainly not be the last.

"There will be far less expectation placed on them for this year's World Cup and I believe this will benefit the team and hopefully free the players up to reach their potential."

The Proteas begin their 2019 campaign when they take on hosts and tournament favourites England at The Oval on May 30.

We live in a world where facts and fiction get blurred
In times of uncertainty you need journalism you can trust. For only R75 per month, you have access to a world of in-depth analyses, investigative journalism, top opinions and a range of features. Journalism strengthens democracy. Invest in the future today.
Subscribe to News24
Related Links
Vaughan: This England CWC squad is the best I've seen
CWC Proteas: Starting XI uncertainty cause for concern
Langer: England 'red-hot' favourites for CWC
Next on Sport24
5 Proteas stars who could trouble England