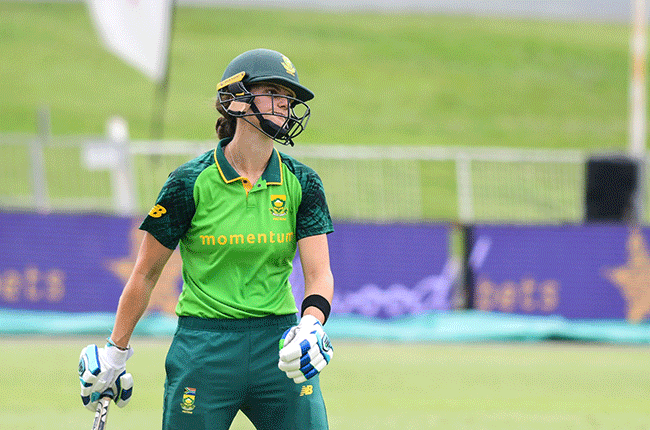 Proteas opener Laura Wolvaardt climbed up in the latest ICC ODI rankings after helping her team complete a 3-0 series sweep over Pakistan.

Wolvaardt, who top-scored in the ODI series scoring 125 runs in the series, moved up two places to a career-best seventh position in the ICC Women's ODI rankings.

The 21-year-old is now joint-seventh along with Australia all-rounder Ellyse Perry and ahead of India's Mithali Raj by four points.

Proteas all-rounder Marizanne Kapp's 115 runs in the series saw her reach 22nd in the rankings.

While other South Africa batters to gain in the latest rankings update include Lara Goodall (up seven places to 72nd) and Shabnim Ismail (up five places to 84th).

Fast bowlers Ismail and Ayabonga Khaka have retained their fourth and 12th positions after finishing with seven wickets each in the series.

The Proteas women will now shift their focus to the three-match T20 series against Pakistan, which gets underway from Friday at Kingsmead (15:30).

We live in a world where facts and fiction get blurred
In times of uncertainty you need journalism you can trust. For only R75 per month, you have access to a world of in-depth analyses, investigative journalism, top opinions and a range of features. Journalism strengthens democracy. Invest in the future today.
Subscribe to News24
Related Links
STATS | Kagiso Rabada's 200 Test wickets and his career in numbers
Second, Qeshile star as Warriors crush Cape Cobras
More than R380 million set to be spent at IPL's big money auction on February 18
Next on Sport24
Is Elgar going to be SA cricket's 'Jacques Nienaber'?