Linde believes Proteas still have a chance in Rawalpindi 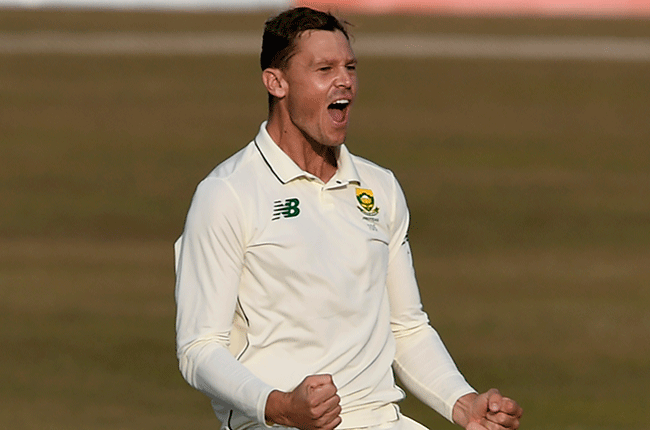 Proteas left-arm spinner George Linde, who bowled impressively on Day 3 of the Test match against Pakistan, believes the visitors still have a hope of winning the encounter and drawing the series.

Linde, who scored 21 valuable runs for South Africa and then took 3/12 despite an injured finger, says that getting wickets wasn't easy.

"It's quite difficult to get wickets here, especially against a good opposition," said Linde at the end of play on Saturday.

The Proteas could only muster a first innings of 201 in reply to Pakistan's 272 with an all-to-familiar batting collapse proving their Achilles heel once again.

Pakistan were 129/6 in their second innings which meant a lead of 200.

Linde was confident, however, that despite their troubles so far on tour, the Proteas batsmen would acquit themselves and help get their side over the line.

"We are hungry to win this Test match. I'm pretty confident the batsmen will take us over the line in the next innings," said Linde.

We live in a world where facts and fiction get blurred
In times of uncertainty you need journalism you can trust. For only R75 per month, you have access to a world of in-depth analyses, investigative journalism, top opinions and a range of features. Journalism strengthens democracy. Invest in the future today.
Subscribe to News24
Related Links
'I saw bone sticking out' | Linde plays through the pain to give Proteas a glimmer of hope
Vince stars with 95 and catch in Sixers BBL final triumph
Five Joe Root double tons in 100 Tests
Next on Sport24
Proteas women squad named for tour of India