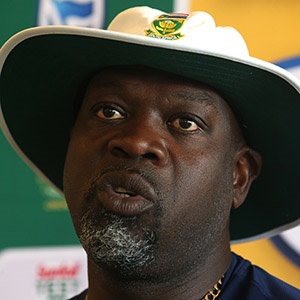 Cape Town - Proteas coach Ottis Gibson says he was as shocked as anyone to hear about AB de Villiers' decision to retire from international cricket.

De Villiers rocked the cricketing world last week when he dropped the bombshell, saying that he was "tired" and that it was time to give somebody else a chance.

It came as a massive blow to South Africa's World Cup chances next year, with De Villiers considered one of the most destructive batsmen on the planet.

"The announcement came as a shock to me," Gibson acknowledged at a Johannesburg press conference on Monday.

"We had a conversation. He called me the morning before he made the announcement, telling me what he was planning to do.

"We had a long conversation around whether he was making the right decision and he has spoken to the people closest to him and he reckons that he is."

Gibson admitted that the news was a dent to South Africa's World Cup aspirations.

"He is one of the best players in the world. He could have made a huge difference in the World Cup and he knows that. We all know that. He's chosen to walk away from the game and it is what it is," said Gibson.

"I don't believe he can be replaced, but it gives an opportunity for somebody else to put their hand up. There is a space there that somebody can fill now."

We live in a world where facts and fiction get blurred
In times of uncertainty you need journalism you can trust. For only R75 per month, you have access to a world of in-depth analyses, investigative journalism, top opinions and a range of features. Journalism strengthens democracy. Invest in the future today.
Subscribe to News24
Related Links
Australia says no 'credible evidence' of match-fixing
Faf, Ngidi taste IPL victory with CSK
Sri Lanka suspends two caught in pitch-fixing sting
Next on Sport24
Lizelle Lee believes ODIs shouldn't have Super Overs: 'I totally disagree with it'