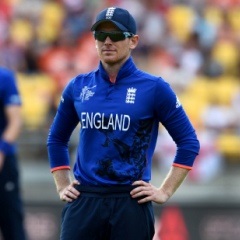 Cape Town - England captain Eoin Morgan has won the toss and elected to bat in the first ODI against South Africa in Bloemfontein.

Batsman Jason Roy was passed fit to play and open the batting for England after a back problem in the build-up to the series opener. Stars of England's recent Test series win Joe Root and Ben Stokes will bolster England's batting.

Dale Steyn and Kyle Abbott are injured while Kagiso Rabada was rested after a big workload in the Test series.