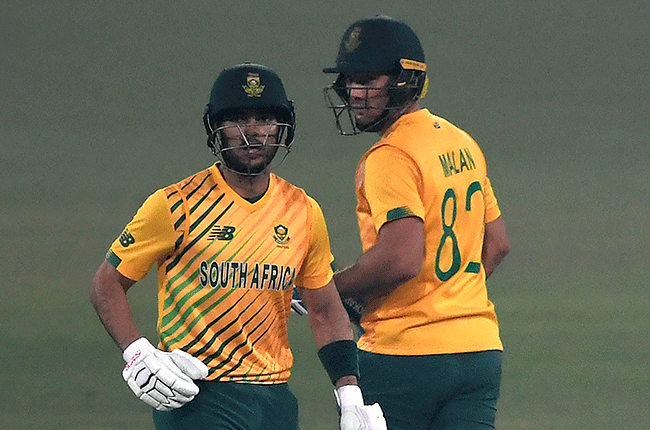 The Proteas will bat first in the decisive third and final T20 against Pakistan in Lahore on Sunday after stand-in skipper Heinrich Klaasen lost the toss.

The match is a series decider following the Proteas' first win of the tour on Saturday and Pakistan's opening three-run win.

South Africa made the one change from their six-wicket victory on Saturday, bringing in all-rounder Bjorn Fortuin for Glenton Stuurman.

We live in a world where facts and fiction get blurred
In times of uncertainty you need journalism you can trust. For only R75 per month, you have access to a world of in-depth analyses, investigative journalism, top opinions and a range of features. Journalism strengthens democracy. Invest in the future today.
Subscribe to News24
Related Links
West Indies sweep Bangladesh Test series 2-0
India on top after Ashwin spins out England in Chennai
Inspired by die-hard fan, Barmy Army musters half dozen for India Test
Next on Sport24
Proteas: Bavuma set to replace De Kock for white-ball captaincy