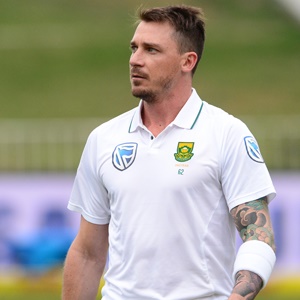 The Proteas take on India in a three-match Test series, starting on January 5 at Newlands.

India has never won a Test series in South Africa having lost five times and drawn one.

Singh, who has played 103 Tests for India, stated that Steyn might not turn out to be a 'big threat' to the world No 1 Test team, India as many predict.

"Dale Steyn is unarguably the best fast bowler of the last 10 years but coming back into international cricket is not easy," he said, as quoted by the India Times.

"Look at the Indian batting line up. We have so much quality. Murali Vijay, Cheteshwar Pujara, Virat Kohli, Ajinkya Rahane, Rohit Sharma. This is perhaps among the best line-up in world cricket.

"For both Steyn and Morkel, it will be a challenge to stop this line-up especially when they themselves will need to get into the groove," he said.

Steyn has not played in a Test since November 2016 after suffering a broken shoulder.

The Proteas fast bowler was scheduled to return to international cricket in the historic four-day Test against Zimbabwe on Boxing Day in Port Elizabeth.

Steyn was reportedly not included in the Proteas XI due to a viral infection.

We live in a world where facts and fiction get blurred
In times of uncertainty you need journalism you can trust. For only R75 per month, you have access to a world of in-depth analyses, investigative journalism, top opinions and a range of features. Journalism strengthens democracy. Invest in the future today.
Subscribe to News24
Related Links
Team-mates, rivals marvel at 'freakish' Smith
Proteas win toss, opt to bat in Boxing Day Test
Black Caps thrash Windies to sweep ODI series
Next on Sport24
Challenges as South Africa seek to hit back against England